Added this after posting, appears I forgot the day previous! Sorry! …was a hectic one and I had to shoot off out for a meal in the evening… nothing spectacular to say about it really. 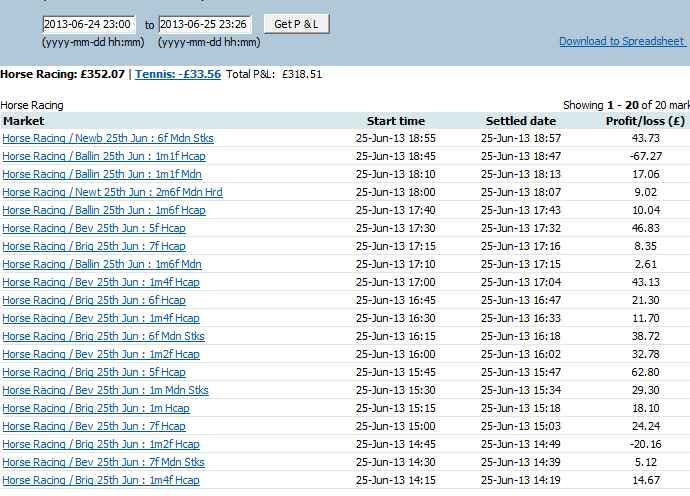 So today see another favourite leave the tournament early in the form of Tsonga…..

Caught some nice moves on this one for smaller stakes than I had been using previously! really happy with the result!

Seem to have lost enthusiasm for them this last week or two. Probably because the tennis has had my attention, another average day with them… I really should be putting more effort in, this week hasn’t felt too bad given Ascot was last week. In my opinion the markets can be weaker afterwards, only a few days left to push now until the end of the month so I should put in a couple of last attempts to pump up the total.

I’ll be having sunday off again though as I’ve got a day out on a friends speedboat planned! should be a laugh, Sundays aren’t the busiest anyhow!