I’ve had it all today, caught in-play twice, once on a small level and once pretty bad.. Internet connection failure leaving me near on a heart attack.

Some poor trades, loosing my cool and just general stress!!! but life goes on! haha 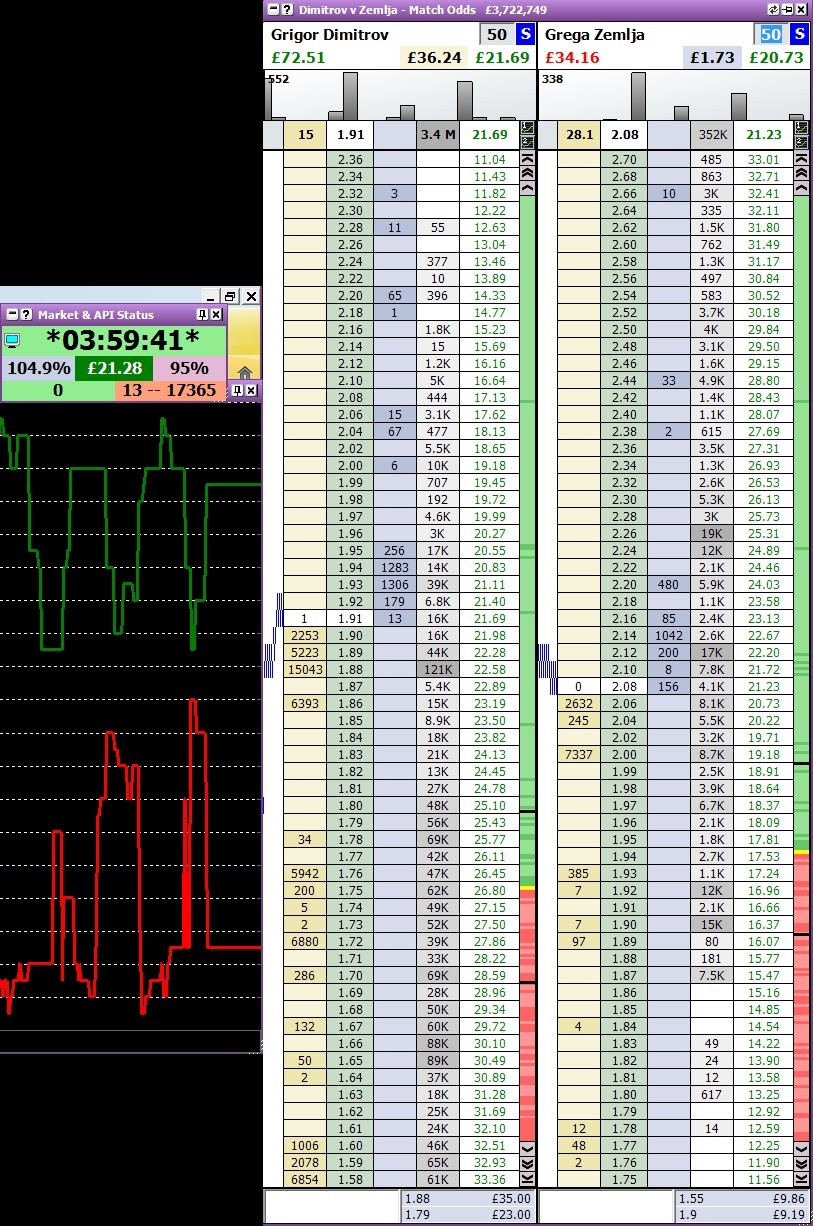 This is the moment when my connection completely cut out at MATCH POINT!!!

I had to reset my router and pray that it didn’t go against me… fortunately though for me the match was halted due to poor weather, once resetting my router I just hedged up although I’m not sure when the rest of the match is to be played. I’ll probably give up on that one now as the players are not likely to come out and continue playing exactly as they were.

On the other hand the racing was an absolute disaster!!

I got a bit emotionally attached to the market after being stung in-play which undone a catalogue of errors, they really didn’t need to happen but at least it wasn’t so bad I can’t cope with it! 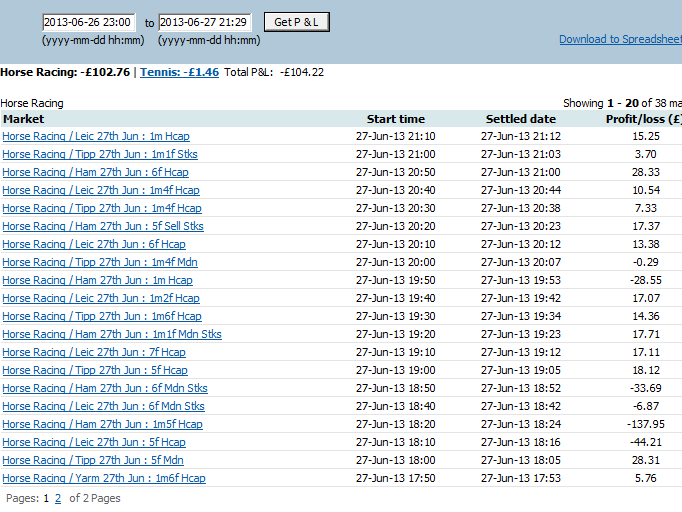 I could see at points very large stakes working in conjunction with each other to force prices where they might not necessarily of gone, strange stuff… it probably didn’t really help me how I was feeling.