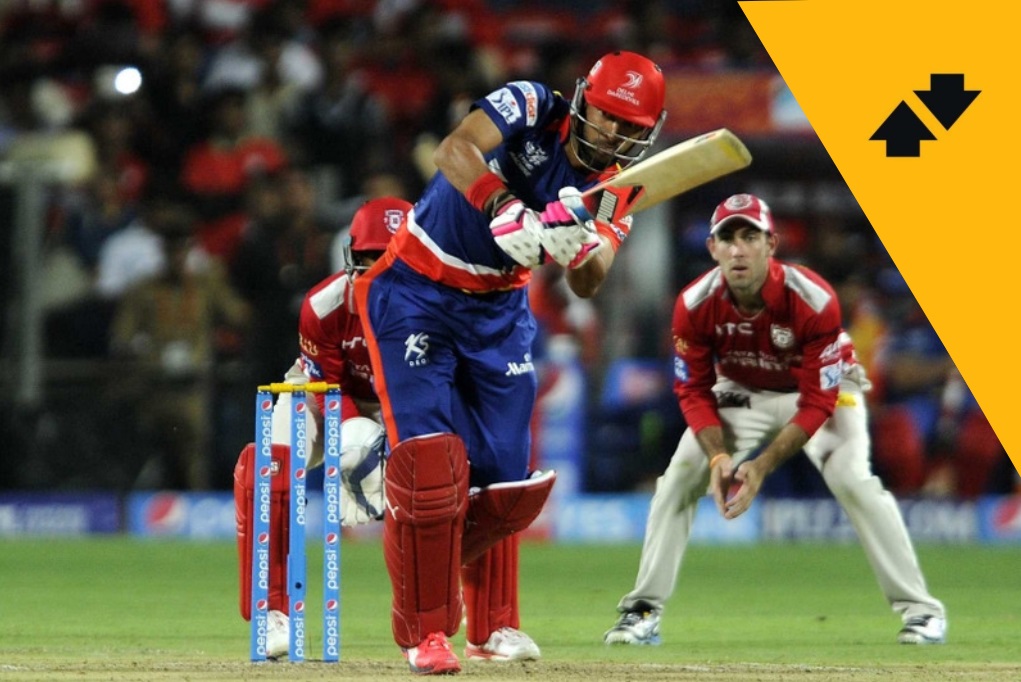 But does this mean it’s the end of the line for Indian exchange users?

When the exchange closed for Portugal in 2015 many of the serious exchange users found a way around the problem!

Need strategic cricket help? See how a pro does it with this cricket trading guide!

Here’s a copy of the email our Indian friends received, linked below: 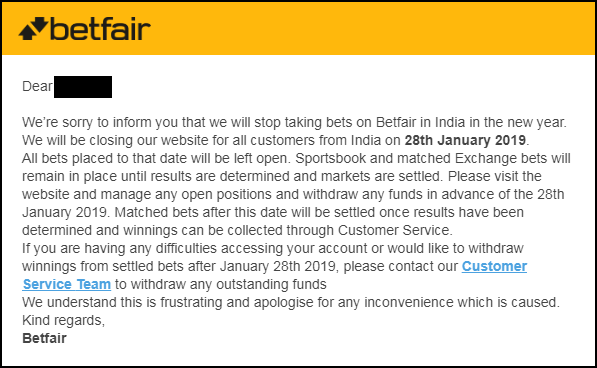 Doesn’t sound great does it? But don’t panic, if you’re an Indian exchange user it may not be the end of the road yet.

When other countries have shut down savy bettors have just opened up a new account via a virtual server, in a location that permits access. This of course is not particularly legitimate (I’m not telling you to do it), but you don’t have to look far to see others doing it. An alternative to extreme measures such as moving to the UK.

When Portugal closed one follower actually messaged me to say they had done that!

If however you continue to try and access the exchange from India or Albania you’re likely to be met with the following message:

“Our Software detects that you may be accessing the Betfair website from a country that Betfair does not accept bets from. If you believe that this detection has occurred in error, please Contact us for further assistance”

The official cut-off date was the 28th of January. Those affected should have received an email about the changes on the 16th of January 2019.

There doesn’t seem to be an official reason released for the decision although it’s likely to be linked with India’s current position with regards to legalisation.

For future details you can check with the All India Gaming Federation (AGIF).

Some of you may be aware of Mark Iverson, a UK based pro cricket trader (speaking later this month).

Having spoken to Mark recently I wondered what his thoughts were on the topic.

Despite the unknowns, he’s optimistic – in recent years the Cricket markets have seen healthy growth when it comes to turnover. The IPL matches alone are now regularly turning over in excess of £40 Million per game…

To find out more about Mark and what he’ll be talking about later this month see you can see the Betfair Trading Event page here.

Will Betfair Return to India?

To be honest, it’s unlikely in the short-term, I doubt the decision was taken lightly. However, other countries have returned to the yellow machine in the past. Both Italy and Spain falling into that category.

For now, it’s probably best to look at some alternative methods to get back on the exchange.