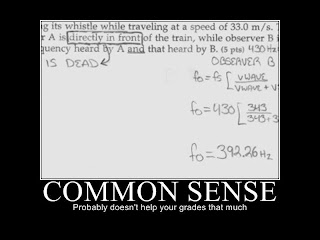 Right, so as I said before maybe ill share some thoughts with you. As you will probably understand im not about to give you my best edge but to those who embrace it and think on it doors may open…

“Keep it simple, Stupid!” – Warren Buffet
It really is that simple. I believe in my experience of trading Betfair that pretty much most things are complete and utter common sense, along with the correct execution obviously which longer readers will know I love to talk about!
So you may be disagreeing already but you have to ask yourself how much do you actually know about the market and what influences it? It’s probably a lot more than you realise to be fair, jotting down everything you know is probably a good idea. After all, if you don’t know what you’re looking at how the hell do you expect to trade it successfully??! seems like common sense what im saying doesn’t it, and it is! but it seems just about everyone still tries and often understand very little.
I’ve even spoke to people making large amounts of money that don’t fully understand the patterns in their trading, sure they do well because they may have seen them thousands of times but not all ‘get it’. If you understand what’s happening in any given moment is that not going to give you confidence to execute it flawlessly? As a famous sign once said when I learnt to parachute with the military;
“Knowledge dispels fear”
So your probably thinking by now this is all true but how is it so simple to just find an edge through common sense? Well.. maybe you should stop looking at the bigger picture as it could be a bit daft to look at the market and expect to find one super edge that works every time and produces a lot of money, no two markets are ever the same for many reasons… Again think about why that might be? if you have some valid reasons it’s probably just helped you that little bit more!
So I was driving down the M40 the other evening and the traffic was horrendous. As it often can be some times, I got to thinking while I was driving that such a situation was just like trading, so was there an edge that was going to speed up my journey?
Of course, you just have to think about whats happening and why to give yourself that winning % just like trading. So some people hop back and forth in lanes when one is moving faster than the other, and this can work although its pretty random isn’t it? this is what many do when their learning to trade including myself at times, jumping in and out of lanes sometimes doing better than others and occasionally just getting stuck in the traffic…. but if everyone is doing it it’s never going to be the best edge is it. We need to stack the % in our favour every time, so as with my trading and in these sort of situations on the M40.  I have a structured approach I know that will gain me ground in the slow-moving traffic pretty much every time, the reason I know it works is because I know why it works.
Here’s how, slow-moving traffic – 3 lanes, junction approaching leaving the motorway so I select the left hand lane.. it’s always going to be fastest as cars a mile or so down the road are leaving the motorway while the other two lanes are clogged as normal, adversely – slow-moving traffic – 3 lanes, junction approaching joining the motorway so I select the right hand lane… I know its going to be fastest as cars a mile or so down the road are joining the motorway on the left trying to push their way on and clogging up the lanes to the left the most. See what I mean about it being common sense? probably just hand’t thought about it like the majority of those sat in the wrong lanes at that point in time. Could have been worse though, could have been one of those that didn’t even bother trying!

If that’s not common sense I don’t know what is!!! trading in the markets is just the same, it might not always work but over a period of time the % call is in your favour.

So I guess what im saying is the best edges I have found are derived from understanding what’s happening at that point in time and why, learning why’s the bit that can take time though unfortunately but trading in the dark is definitely not the way to learn!
I’ll give you a little example or edge as you may want to call it, look at this graph: 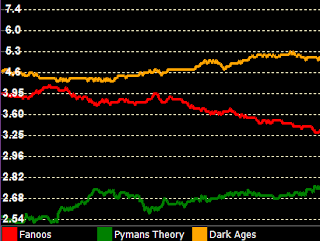 This graph is over 3 minutes, if you look at the runner “Fanoos” about half way one of the well-known betting pundits on RUK I believe it was (sorry it’s an image I saved because of this ages ago) started to talk about Fanoos saying he thought it was the strongest bet of the evening and he had backed it himself earlier on, his little rant went on for a good 30 seconds or so… now you can see what happened as it dropped from around 3.9 all the way down to 3.3, quite a big swing really in the space of a minute or so. I’m not saying this will happen every time but its one of those instances where it works more often than not…. that’s all we need!!
This sort of thing can be dependant on who is talking and how strong the rest of the market is before you put your life on it the next time you see it happen! So that’s all nice but why did it happen like that ?!
Well the pundit was well-respected punter that is knowledgeable and if you think all the people around the country watching RUK at that point in time who either didn’t know who to have a bet on but wanted to or those that had backed it and wanted a bit more on because what he said or even those that were ummin’ and arrin’ about backing this runner, this sort of thing can be a nail in the coffin for their decision… and they all do it around the same time!!
So in summary…. keep it simple! it’s all common sense, and if this post didn’t help your trading then it could save you half hour in a traffic jam! 😉

2 thoughts on “It’s common sense, think about it!”