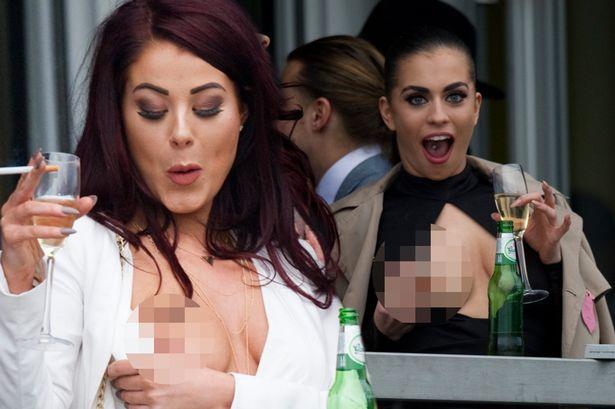 An entertaining week you could say… for several reasons!

…The festival got off to an amusing start with these two jokers getting thrown out. But you probably already heard about that…

Not sure who they are as I don’t watch that reality TV gash but it was a bit of a different start to the week!

As ever; the Tuesday was a good ‘warm up’ day. In years gone by I’ve been over-excited for Cheltenham Tuesday which can set a poor tone for the rest of the week, not this time.

Annie Power took the Champion Hurdle as expected, the above debark-le unfolded and a lucky chap by the name of Steve Spinks make £203,000 off a £2 bet on a Betdaq multiple! (it’s a shame the media aren’t so keen to publicise exchange trading).

…Just the usual Cheltenham Tuesday then! 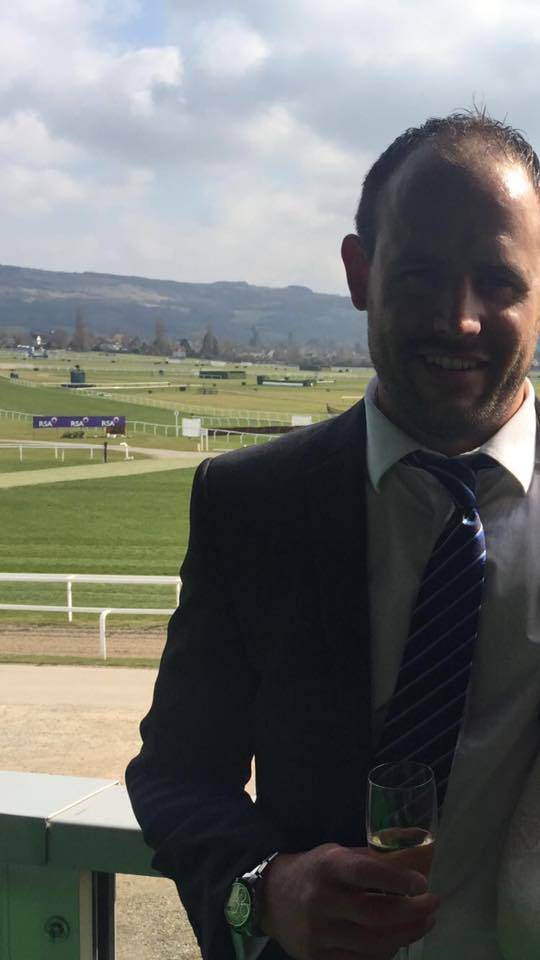 Day two was a little more interesting, mainly because I was there!

After watching and trading the festival so many times it was great to go, both for the racing and the beer…

It was a pretty good view from the Betdaq box too. I’m extremely grateful for the invite, thanks!

Tearing myself away from the screens for the day was definitely worth it. The atmosphere and roar of the crowd is something I’d recommend to anyone. It was good to down tools and enjoy the racing without looking at the markets too… (I’m not going to lie, it was hard to stop thinking about what may influence the markets from the track).

So after all the messing about of travel and hotels it was good to get stuck into the markets today. Pretty much every race had something interesting happen;

1.30 – I didn’t really manage to get the most out of it but Black Hercules took a late flurry of money before the start. I found myself being a little slow to react which was a shame but starting cautiously is never a bad idea. It turned out to be shrewd money by the look of things as the eventual winner.

2.10 – If you were trading, most of you would have seen this. I noticed it shortly after it began but Leave At Dawn was well supported.

I seemed to be a little indecisive on several occasions today which is something I’ll have to bear in mind for tomorrow but I could have staked more on this race. It’s frustrating at times, but when something happens that you fully suspected and you aren’t on for the stake you would have liked I tend to do nothing… why? because doing anything else can turn into a bad decision all too quickly. It’s like acting out of fear and frustration of missing out, rarely a good idea.

While I missed out on additional profit for responding in that way I don’t regret it… being defensive is boring but it often works out best. 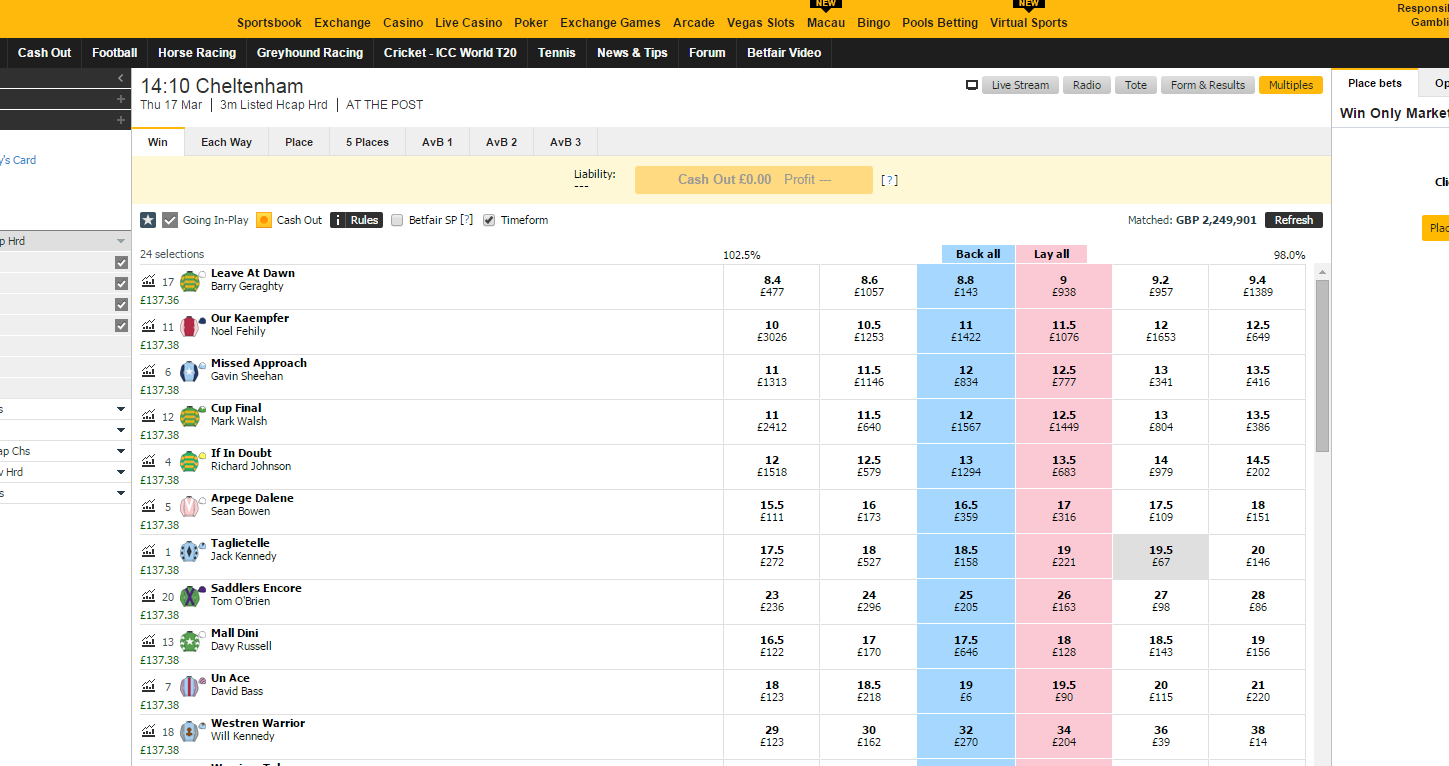 2.50 – Vautour took a lot of money quite early on in the build up to the race. It was impressive but it left me feeling as though it was rather over-bet. Eventually a hefty drift occurred as suspected, once it started it was quite clear not a lot could stop it. Probably as traders and those (bookies) that needed to hedge were jumping over each-other to get lays matched.

The result was good, and maybe I’m being hard on myself but I could have got a larger stake on! If that kind of situation arises again tomorrow I’ll be ploughing into it…. I could see from the money being matched, a few would have made a real killing.

3.30 – Thistlecrack was strong in the 3.30 although lady luck wasn’t really in my favour, each time I was about to be filled very large money turned up meaning I had to scratch when I didn’t really want to. A positive result although I couldn’t get the fills I wanted. Maybe I should have focused on Betdaq more but it’s hard to trade both Betdaq and Betfair manually at the same time (on any kind of stakes anyway).

I’m not sure what I’ll do tomorrow, some others that only trade on Betdaq on big events seemed to get filled without too much hassle, so I may give it more attention tomorrow. It’s hard, because if you know what you can do on one exchange it seems a wasted to put all your effort into something else, that said Betdaq’s liquidity has improved a lot over the last year too. I guess I’ll make my mind up on that one tomorrow…

4.10 – This had to be the most interesting race for me over the whole day. I spotted Full Shift taking a lot of support very early on, but not on Betfair. On Betdaq….

I watched in amazement for a little, not really sure how I should play it. The reason being there was chunks of £1,000 – £3,000 being plunged at a time. I pointed it out on twitter 25 minutes before the start, if you seen this tweet you probably did too!

I found it so interesting as the money on Betfair wasn’t leading, probably because those involved wanted to save themselves some cash on commission, or possibly even premium charges too! I come to the conclusion it could have been other bookies using Betdaq to hedge up too…

Anyway, regardless of who it was; it was a hell of a punt. I tweeted a couple of others about it and we all sat and watched it carry on for the best part of 20 minutes. Eventually the horse didn’t land the gamble, I’m no in-play pro but it looked as though there was a few traffic problems in-running.

With such a heavy gamble, and the favourite attracting late support it was obvious a return in price was on the cards. But this was probably my biggest mistake of the day….

I was very confident of some kind of drift, but due to the weight of the gamble I was anxious about laying for the kind of stake I should have. The end result being; the drift occurred, but I was only on for £200 at 7.2. I was so tempted to lay it again once it started to move, but the lumps that had been flying in (early on when the gamble started I made a mess of it too) had made me nervous.

I sat and watched instead, and of course, all that I expected happened… and a bit more. Getting out at 9.8 from 7.2 was a big move for Cheltenham although I did it on a small stake. Pretty gutted if I’m honest!

Either way a profit’s a profit I guess. But there’s plenty of room left for improvement tomorrow…

So tomorrow’s the big one… the week’s rocketed by already.

If it’s your first you can expect more of the same, except in the Gold Cup the unmatched bet que’s will be bigger, much bigger. Fill rate on either side of the book will be too, particularly near the off. Expect to see some large stakes flying into the market.

If you have a large bank it will be of benefit to position orders… many people get hung up on this on a day-to-day basis. But a big bank doesn’t make trading really easy, if it did, everyone would just get a bigger bank.

However, for the Gold Cup (if you can trust yourself and are disciplined) it’s generally a benefit. Just go careful if you stakes you’re not used to as it can really hurt if things go wrong!

That said…. enjoy it! once it’s over you’ll have to wait a whole year to do it again…