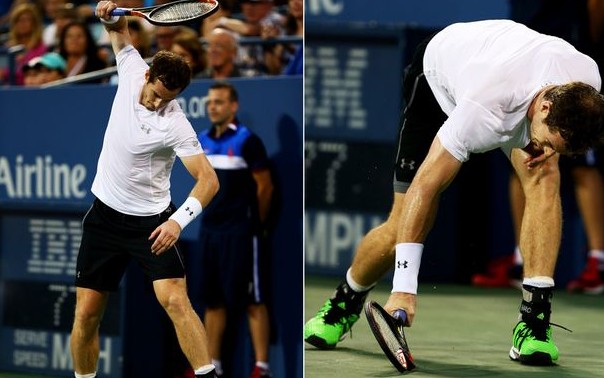 Did you trade Murray v’s Anderson last night? From a trading perspective it was perfect!

Unfortunately I didn’t quite scrape a record result, although it was the kind of match where that would have been quite possible.

What happened? Why was it a good opportunity?

Last night Kevin Anderson took on Andy Murray. With Murray being the strong favourite, starting around the 1.14 price range.

Both players have a strong serve and rank well. I prefer to trade WTA with all the breaks in serve as ATP matches can become a little more boring to watch, purely because the serve is far more reliable.

The first set was pretty much evidence of this, excluding Anderson’s second service game (see below). 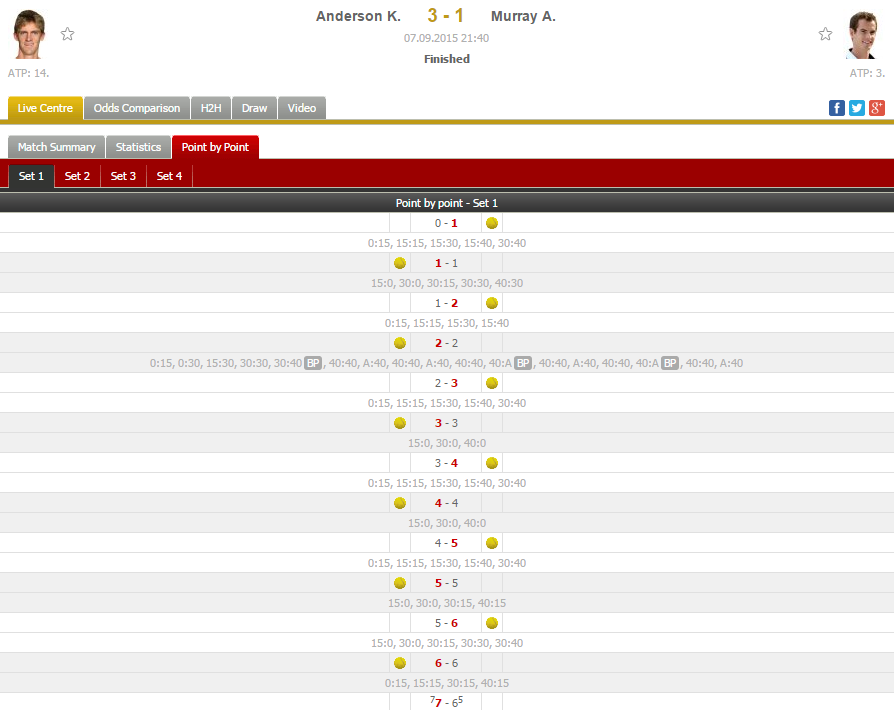 Anderson managed to save 3 break points, which worked out well for him as he eventually took the set.

At this point things become interesting. Purely because Murray’s price is now considerably higher, and 4 sets are left to play. I think its fair to say, with 5 sets to play for the better player often prevails eventually. So a first set loss can be a better opportunity than in a 3 set match.

However, it wasn’t long into the comfort break between sets it became clear Murray wasn’t happy. He made that very clear with his choice of language every other word. He also made it clear he wasn’t happy about missing water bottles and lengthy toilet breaks. I’m sure he probably regrets the outbursts already, but was behaving a bit like a spoilt child after losing a set. Even if his complaints held some value.

From the start of the second set it was clear his mood was creeping into play. Until he was around 5 – 1 down in the second set (by now his price was nearing 4.5 as I remember, from an initial start of 1.14, value?)

But then he seemed to get a grip somewhat, attitude changed a little. It was starting to become clear, he was finally getting a grip. Obviously 2 sets down it would be a bit bold to say he would win, but things were certainly different. Look at these points at the point im talking about…. Anderson seemed to be finding a few too many unforced errors too, possibly pressure? 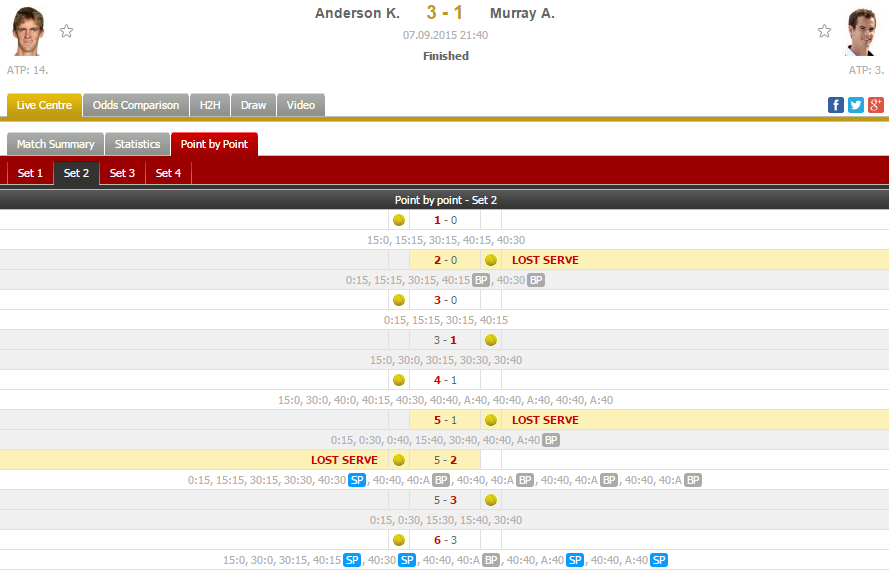 As a tennis market goes on the price movements become a big more vigorous. Already having a green book, all be it a relatively small one I had some money to play with. Without risking my own banks liability. At this stage I don’t tend to trade the latter end of a game, as its more like betting point for point. But if I do, it’s only with money previously made.

Anyway, with such a huge price for Murray it was tempting to back him. The change in play looked quite promising, although fully aware of the first game pressure’s I decided to hold on until after (Murray was serving first). He lost serve, although I was a little surprised I took it as unfortunate… Murray wasn’t having a tantrum this time. It also gave a far better price for entry.

With the odds being well above even’s the numbers were on a backers side, and if the previous few games play was anything to go with Murray was too! I backed… 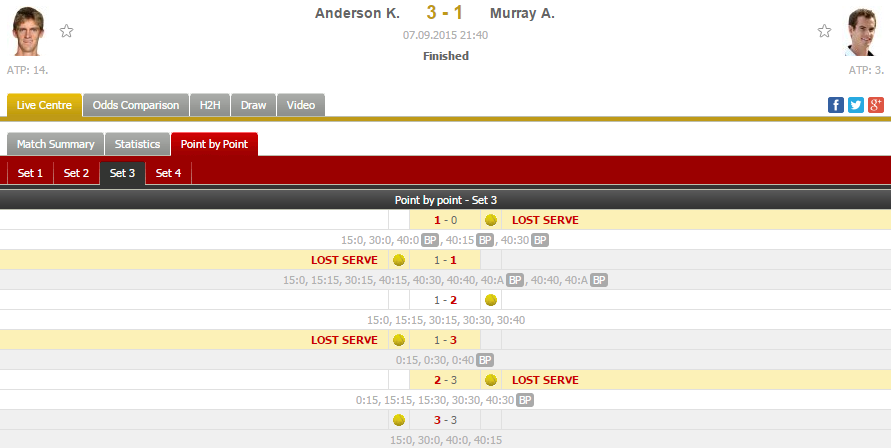 The pressure on Anderson, first game of set, after several bad service games in the previous set must have been pretty high. Just about everything that could favour a back position for Murray was in place it seemed. After breaking Anderson’s serve, and holding for the next game Murray’s price had pretty much halved… for a big ratio-to-stake return.

With the time getting later in the UK I was exhausted and shut up shop for the night a few games later. If that kind of situation occurs again I’ll definitely push the boundaries a little more.

I suppose the next question is; now Murray is out, how will it affect the following rounds?

I’ll be following with a keen interest!