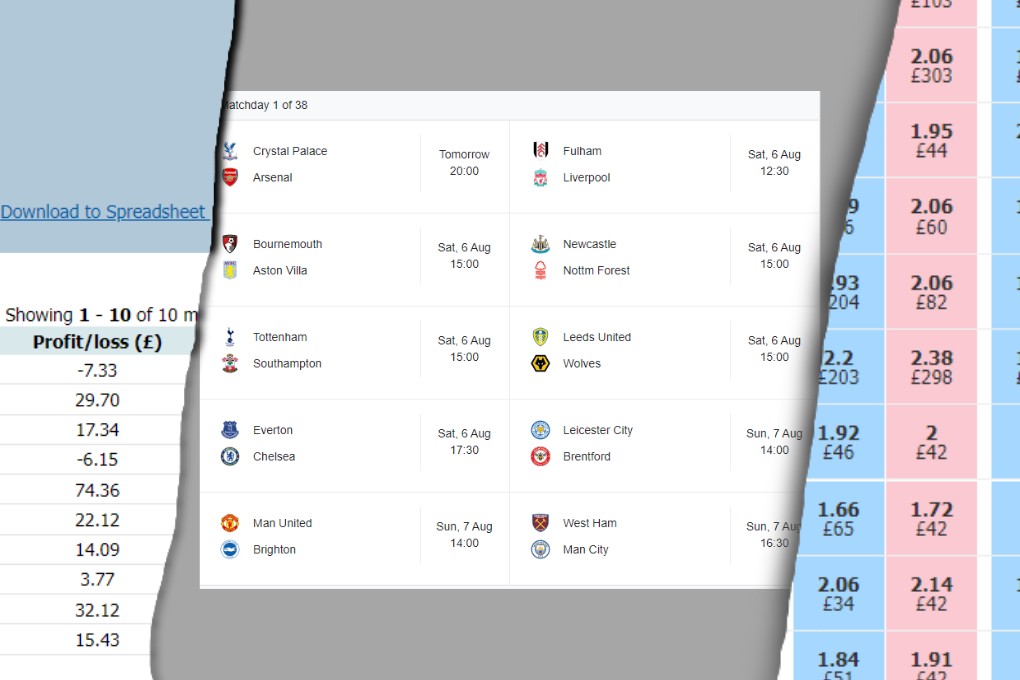 The Premier League returns this weekend, and it’s brilliant to have it back…

Nothing is better than Premier League trading liquidity-wise, the only thing close is the Champions League. It’s generally a good rule of thumb to keep stakes relatively low for the opening three weeks to a month as we settle in. There’s been plenty of transfer business, and I’d want to see how teams are performing too.

It’s actually a catch-22 situation these opening few weeks. The big betting syndicates will likely be sitting out a little, waiting for their databases to be bang on. This means that the markets might offer more value. I generally take the Betfair SP as a true reflection of the actual probability, but that’s less likely in the opening weeks.

For me this best option in the opening few weeks is to form opinions based on how teams performed last season, what adjustments they made to their squad during the summer and then also factor in how they are playing in the early games. I’m going to keep stakes low in these opening few weeks but treat the games just the same as I normally would research-wise.

The best advice during these opening weeks is to take a price if you really think it’s wrong, don’t ignore value, but don’t go balls deep! I know you can never really plan when the opportunity is going to arise for a really good bet – but this is a time to practice a little caution. Then spend a bit of time researching the xG figures after the weekend.

The schedule this week is:

I also like to keep an eye on the major games around Europe, and we do have some nice games as the Bundesliga returns along with Ligue 1. PSG play Saturday night at 8pm but they will be very short odds, and then Bayern Munich are in action Friday night while Dortmund play Saturday evening at 5.30pm.

I am sure many of you will be very familiar with the trading strategies from the Football Guide, because I am keep stakes low this weekend I’m going to list in bullet points the things I am looking out for this weekend and the angles I want to trade.

So, a couple of angles there I’m keen to play. It’s great to have the PL back though. After trading this weekend I’m abroad for a break with the family. It’s been a busy few months so a few too many beers and time with the kids at the waterpark is well overdue! I’ll update again after I’ve made a splash.