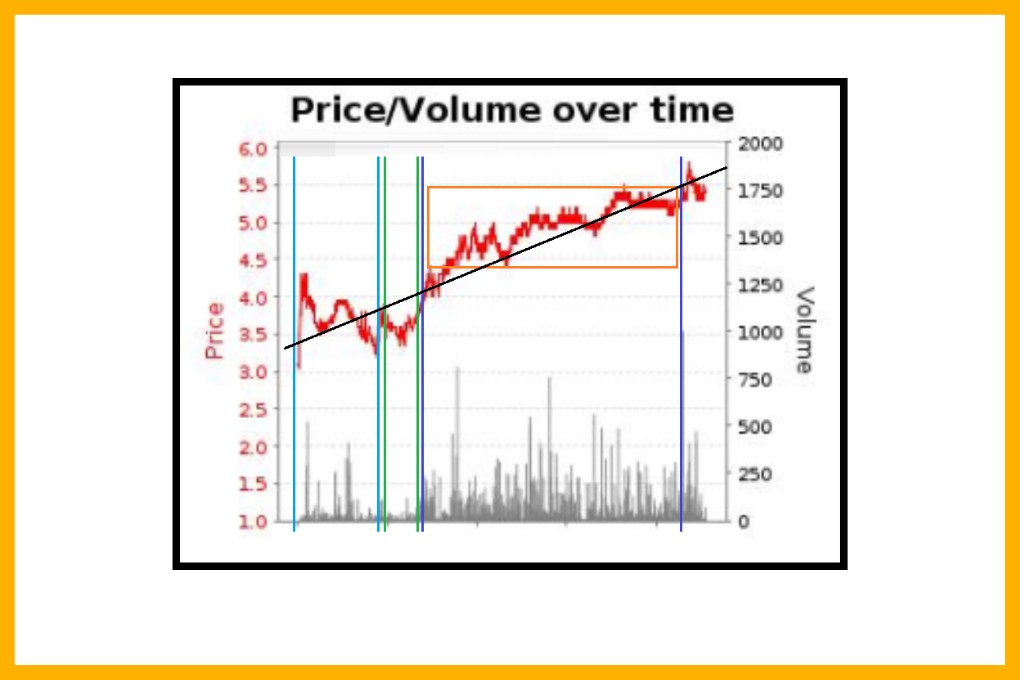 How do you predict a steamer or drifter on the betting exchanges?

It’s a question that crosses all Betfair traders lips during their journey. But how do you assess the risk and how do the pro’s consistently profit over the long-term?

This is a no BS blog post with visual explanations to answer that question. It’s a re-occurring question so hopefully, this will put it to bed for good.

How Do You Predict a Bigtime Mover?

The first point I want to make is often met with criticism; are you even asking the right question?

It’s a frustrating issue that all trading and betting educators are met with (that are legit anyway). The sports media, affiliates and bookies like to pitch this idea of ‘prediction’. As if some people possess this divine gift to see into the future. Yet they themselves, are making hundreds of millions without doing it. None are beating punters it through mystic-meg style prediction.

My point here is simple: consistent winners don’t do it by predicting the future.

That’s not to say historical data and forecasting is useless, not at all. It’s to say there’s a rather subtle but important difference here. One that’s often lost on the masses…

Another example might be Warren Buffet, the worlds most famous investor. Do we think he predicts the future? or does he spend 5-6 hours a day reading so he’s informed on the current situation?

As he has said himself…

“Risk comes from not knowing what you’re doing.”

Speculation may play into part of his assessment, although if you’ve read his biography The Snowball you will know that he doesn’t like to take risks. He purchases assets that are undervalued, currently.

There’s a reason I highlight this: successful Betfair trading is no different.

So the true answer to this reoccurring question of “how do you predict a steamer or drifter “ is, you don’t.

Let’s take a look at a visual example to share my own personal perspective. 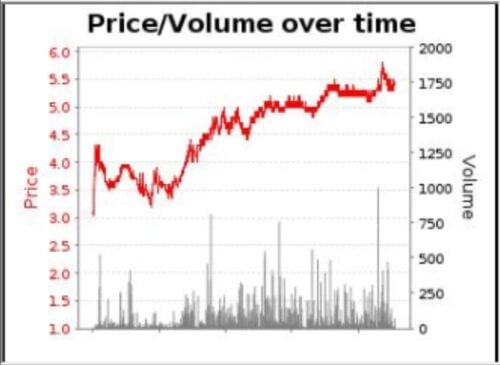 Info: the chart represents the complete lifecycle of a racing selection shortly before post-time.

For simplicity, let’s tackle the chart one section at a time.

First, we have the light blue segment that’s been marked below. This time frame is the day/evening previous leading up to the morning of this trade. 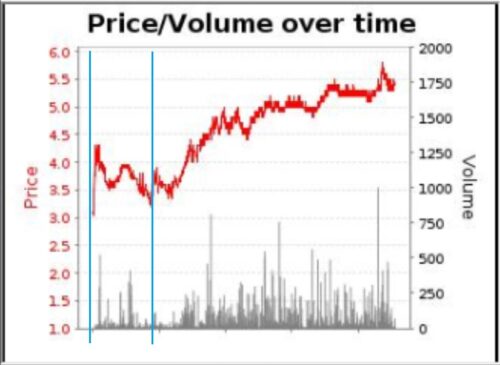 Typically this section of activity holds very low liquidity, making it a higher risk proposition to trade. Unless you’re privy to inside information or making the markets, I wouldn’t recommend trading here.

Why? Because I’m not looking to predict the future!

Excluding very large events like Cheltenham and some weekend racing, this time frame is of little interest to me.

Betfair Trading is About Timing:

The next stage is a period of market formation, the earlier part of the morning although not before the first bookie shows.

Denoted in light green this period can be very interesting as an early indicator, although often, liquidity and traded volumes are still too low to make a firm decision. Again, this isn’t about ‘prediction’ but more a case of early betting market development. 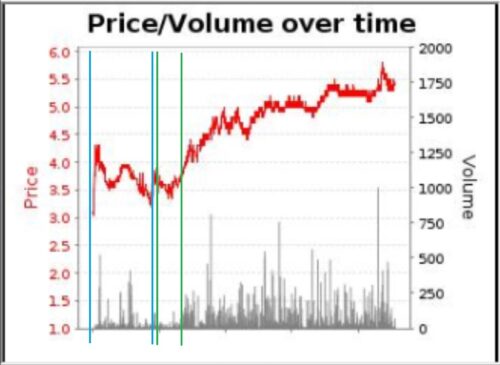 Because we have the opportunity to catch a developing wave of movement. Something that is already happening. Not a hooky-pooky prediction, but the real market sentiment that is pushing a market move.

Like Mr Buffet and his stocks, we have identified something that’s current and incorrectly priced.

Click Here for a Free Trading Lesson & Product Discounts to Your Inbox!

I wanted to talk about this kind of thing when Betfair promoted me as one of their most successful customers although I realise it’s more technical and not that appealing for the masses.

However, the reality is; this is how money is made through trading.

If you take a look at the dark blue markers on the image below, this denotes the mid-morning segment leading up to the live shows (between 20 and 10 minutes to the start in most cases).

This period of time provides a unique opportunity, trading the middle two-thirds of a longer-term price movement. 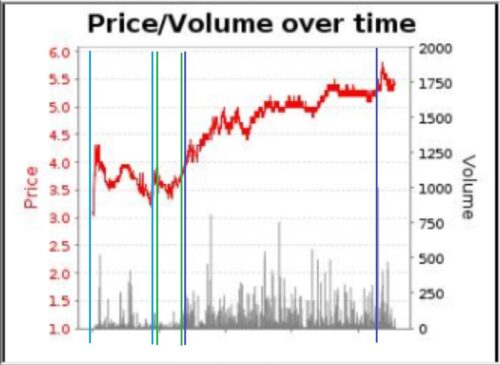 To re-iterate; I wasn’t trying to predict the future in this instance. The price was already showing signs of moving, and entering the trade at the front end of this time segment yielded a low-risk but increased chance of reward.

Shown by the orange box below, you can see there was a whole ‘point’ of price movement between 4.5 and 5.5 there. It’s a lot of value, even on lower stakes. 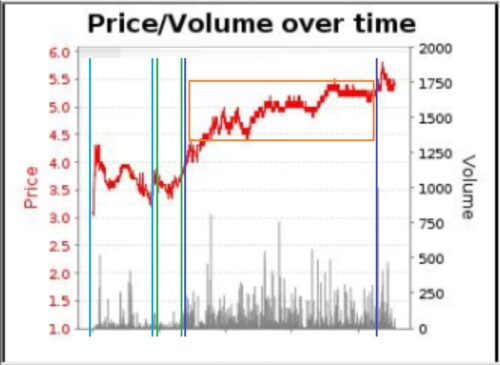 Staking big in such situations isn’t always that easy on low-quality racing throughout the week, but a few hundred pounds is plenty to get the job done. Managing the risk is the important thing, whilst dropping this idea of seeing into the future!

Did you enjoy this blog post? I hope it was of interest to you, feel free to leave some feedback in the comments below. Also, you may be interested in the following video update.

Recently we have updated the video course with five morning to afternoon trading examples. They share extra information about indicators, movement and finding the right situations for a successful trade. Existing video course users will already have access for free via their accounts.

If you’re not part of the course community and want to further your trading knowledge then you check out the course details on this link below.