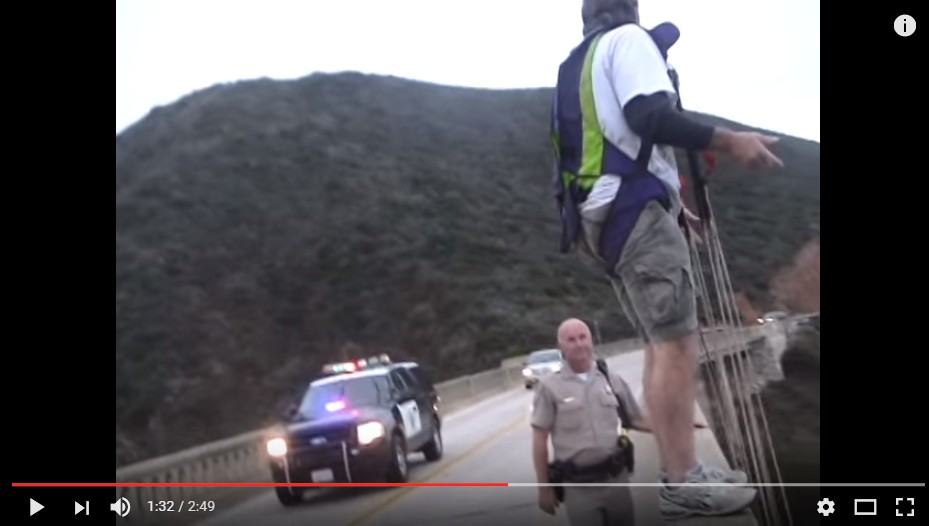 The colder weather’s set in, meetings are starting to get cancelled. Not much fun if you only trade the horses…

It won’t be long though, there’s only 3 months max where it’s likely to be cold enough to cause a problem. Everything will be back in full-flow come March!

Despite the cold snap, cancelled meetings, poor quality races on the all-weather and shortened trading-days. I’m still left with the same thing on my mind again and again, in fact its driving me nuts now!

Could it be time?

Is there even a right time to take such a leap? Leaving my stable, boring, average-paid job behind and going for it amongst Betfair’s murky waters?

Although I know what I should have done; Saved up a huge lump as a ‘safety net’. I’ve just enjoyed spending a little too much! Now I’m left at a stage where its pretty ridiculous to head into work of a morning for a whole days work. Make a figure that I can in a fraction of the time trading, whats more it’s even more frustrating with the racing finishing as early as 1530 some days (while I’m still at work) knowing I might make more at lunch than I do all day usually.

Here’s what I mean; this week I’ve only traded 28 races!!! But still the return its had and I had the whole weekend off too… 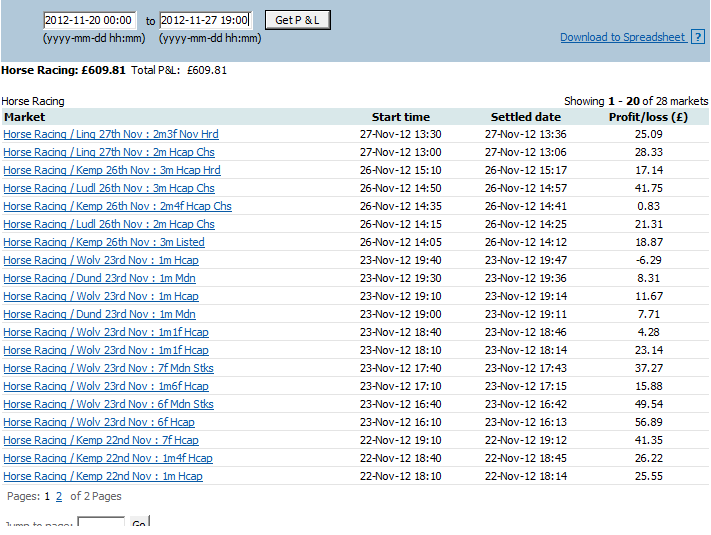 So whats holding me back?

I don’t know. But this last week I’ve been looking at house’s and other things I want and intend to pursue in the future. It’s brought a realisation to me that, if I carry on as I am with the normal job I’m just not going to get there any time soon. I mean I’ve always known this but its hit me pretty hard this week along with the rising success trading. When I look at an average over £20 a race over the course of last week it’s ridiculous to be spending a day at work for so little in comparison.

I believe one of the main reasons successful people don’t turn into a big success is because they get stuck in the 9 – 5 rat race. Having a normal job stops people from doing bigger and better things. Now it appears I’m starting to look more and more like one of those people! Not the best thought.

Anyway, I’m going to sleep on it for a few nights at the moment but the verdict is Jump right now… its time to make it happen…

I’ll stick a poll on the side just out of interest to see what the readers think.

Markets in general this week seem to have been rather average. When I’ve had time to trade I’ve pressed hard. Over the last month I’ve been going from strength to strength. I attribute a lot of this to my state of mind in the moment. Understanding myself quite well when I’m trading is a real asset. I find a lot of the time I’m executing my trades pretty floorlessly. The ironic thing is that having reached such a stage where I feel like this, it’s like a self-fulfilling prophecy! I don’t even find myself keeping tabs on how much I have made or lost when I’m trading lately. I just trade what I know and that’s it! Sod the results!

I’m sure there will be more updates in the future with progress. Thanks for the comments on the previous posts, I’m glad it’s a little inspirational for some now… it doesn’t feel all that long ago since I was looking at others blogs feeling the same.