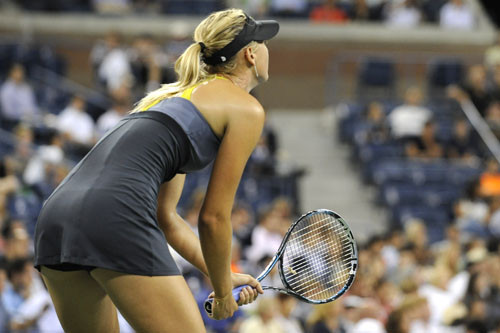 The US Open is upon us!

Trading tennis is a fine art of its own… much like Pre-Race Horses. The trouble for most being; you need to do just about everything that’s NOT natural.

Tennis markets offer huge potential. Big swings in price and thousands to match a bet against on a point-for-point basis makes huge results possible. So why’s does it seem impossible for so many?

The answer’s fairly simple, but frustrating at the same time! Here’s why;

Yet you’ve heard this sort of thing before, right? And still your profits are the same…

I’ll keep this short, but like trading any sport you need a plan. You need to actually know something about the game, the market, a plan a such. Even if it’s not one written down or heavily based on statistics. Having an idea why something works is all the difference. It’ll give you the confidence you need to execute correctly again and again. Without that you’re severely vulnerable to your own emotions. In tennis the way the markets move can mean a simple thought like ‘I’ll just hold on a point or two longer, to exit this bad trade’ and it ends up being the worst thing you did that week! Don’t do it, don’t get sucked in or controlled by your own emotions!! Rant over…

Tennis markets move in a certain way. Point-for-point, game-for-game, set-for-set. It happens every day tennis is on, again and again. It’s what makes it so lucrative. There are points to make a little completely risk-free money too if you look hard enough!

However, it’s far better to work out how the markets work and play them over the long-term. Doing this is much more scale-able, and ultimately – profitable.

The thing to remember with tennis is the market will react far more when a players serve is broken. Some players serve is broken more frequently too. Looking at when it’s more likely to be broken is a real hint to find those killer moves. Going with the serve is quite possible, although you’ll need to be extremely select at when and why you do this. For starters it’s often the most common strategy. Although it’s one of the most painful if it goes wrong! Which usually happens for newbies as their emotions come into play as previously mentioned.

On Court / Off Court

It’s absolutely not all about what’s happening in the game, as I hinted at in the previous point.

The whole idea of trading tennis is to put yourself in 50/50 situations, with a more than 50/50 outcome for your balance. If you look hard enough it’s not hard to find one or two pretty quickly.

Now if that player also had a bad service game before how will they be feeling? More likely to screw it up? Possibly…. But picture this, if the price is trading at 1.02 the market is also on your side to take them on. Admittedly if they win the match at that point you lose your whole liability, but if they stuff it up for a couple of points you’re well and truly in the money. If the under-dog was about to win it’s also likely they would be under even more pressure! Emotions don’t just affect traders you know!

This year I’ll be doing a lot more studying of the tennis markets over the Open. Recordings, results, spreadsheets… I’ve been lazy in the past at points as it’s not something you have to do to find a winner, but kicking on with a few grand a tennis game wouldn’t go a miss!

A couple of weeks back Adam contacted me via email. After a little bit of a chat it was clear he was seeing things right, in terms of his approach. So this week when he tweeted me this it was nice to see! Always good to see followers progress over time… Check it out!

67-12 (85%) in my first 79 markets leaning to trade tennis on Betfair. Big thanks to @CaanBerryTrader & @Geekstoy. pic.twitter.com/6qYr6oAveV

Update: Adam has since changed his account to @adamchernoff