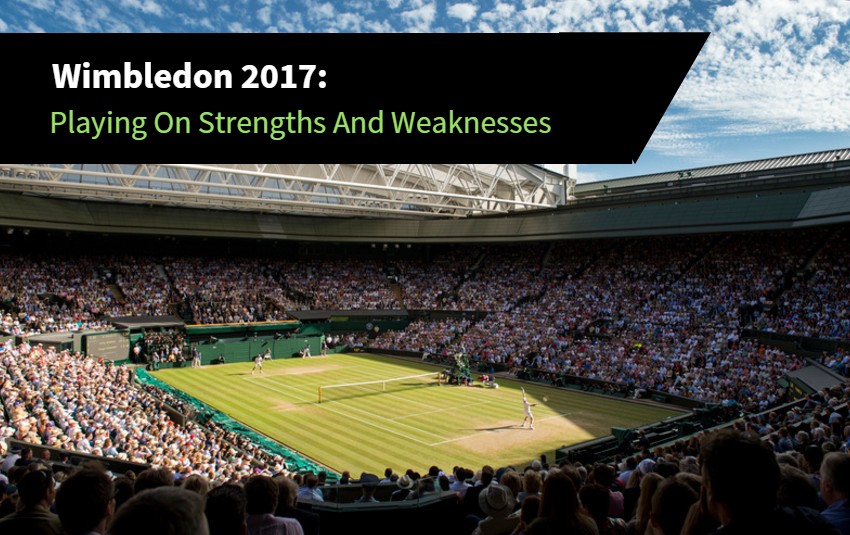 This last few weeks in the office the weather has been like a roller-coaster journey. One minute I’ve 4 fans on me, the next it’s heaving down with rain.

I’m sure it’ll be no different this week coming. Possibly affecting play.

Tennis pretty much evolves around breaks, of several kinds.

Depending on where you are geographically, that could be a bonus (the weather). I remember talking to one of the biggest tennis traders I know previously. Living a stones-throw from Wimbledon himself it has given him the upper hand once or twice. One of the most memorable trades he recalls was when it started to rain outside his office window, as the big SW was playing in the final one year. Play was called off temporarily, netting him a big win.

These days I don’t see him much online after a couple chased him off twitter with claims of him not being real (I assure you he was).

As far as breaks go, on a personal note, I could do with one. Just a short one maybe at the end of the month.

Betting at Wimbledon, and most of the big slams is tight, the markets are quite efficient most of the time. Be patient.

Routine horse racing traders often struggle when it comes to other sports. Mainly because not many trade the same way, driven by sentiment. Tennis is one of those, much like football. More sitting and waiting is required, the upside being; when there’s an opportunity you can stake significantly more than the horses without it effecting the market.

Women’s tennis is favourable in most cases. With plenty of breaks in serve, not only does it keep things more interesting but opportunities are frequent. Victoria Azerenka will be interesting to watch, particularly seeing she’s back from a break in play after becoming a new mum.

Imagine that, having a child seven months ago before playing at Wimbledon. Far harder than trading I’m sure.

If you’re getting stuck into the men’s tennis too, it’ll be worth watching to see how Murray’s hip holds out (recent problems). Maybe not everyone in the market will be waiting for it…

No doubt it’ll be interesting to watch, regardless of how much you can steal from the market. Every year at Wimbledon there’s at least one major upset.

Upsets aside, think more down the lines of how the market to various situations. Point for point play is impossible to trade at home with the court-siders in most cases (unless they make a massive mistake). The easier money is in the over and under-reactions. The bias in human behaviour, not of those playing so much, but the market participants trading it…

The best way to steal a few ticks (earlier on) is to monitor several matches at the same time for the best entry, and be aware of which matches are most likely to throw up an opportunity (you can’t always choose which one that is though).

2 thoughts on “Wimbledon 2017: Playing On Strengths And Weaknesses”