This week I’ve been pretty caught up in the Tennis…

It’d be rude not to really. It’s nice to have a little break from the horses too from time to time.

Obviously I haven’t abandoned them, but missing a few extra races to see how the tennis markets pan out is hardly going to break the bank. In fact it’s done a bit of the opposite at times. Plus the change is welcome, a chance to develop some new skills.

Today in the Sharapova v Vandeweghe match we were treated to a tennis traders dream-come-true. A break back in service while the favourite was trading as low as 1.01 (see image below). I’d been keeping an eye on the match as, Womens tennis (WTA) often throws up some gripping opportunity.

Most of the tactics I employ in a tennis match, take place at similar points. Timing is key. So, I had some green to play with early on… Sharapova was a little shakey, or so it seemed anyway. So once Vandeweghe managed to hold her serve, after a few tense moments. Sharapova was going to have to serve things out. It made perfect sense to place a speculative lay!

A testing position, for even the best players. It just felt right… 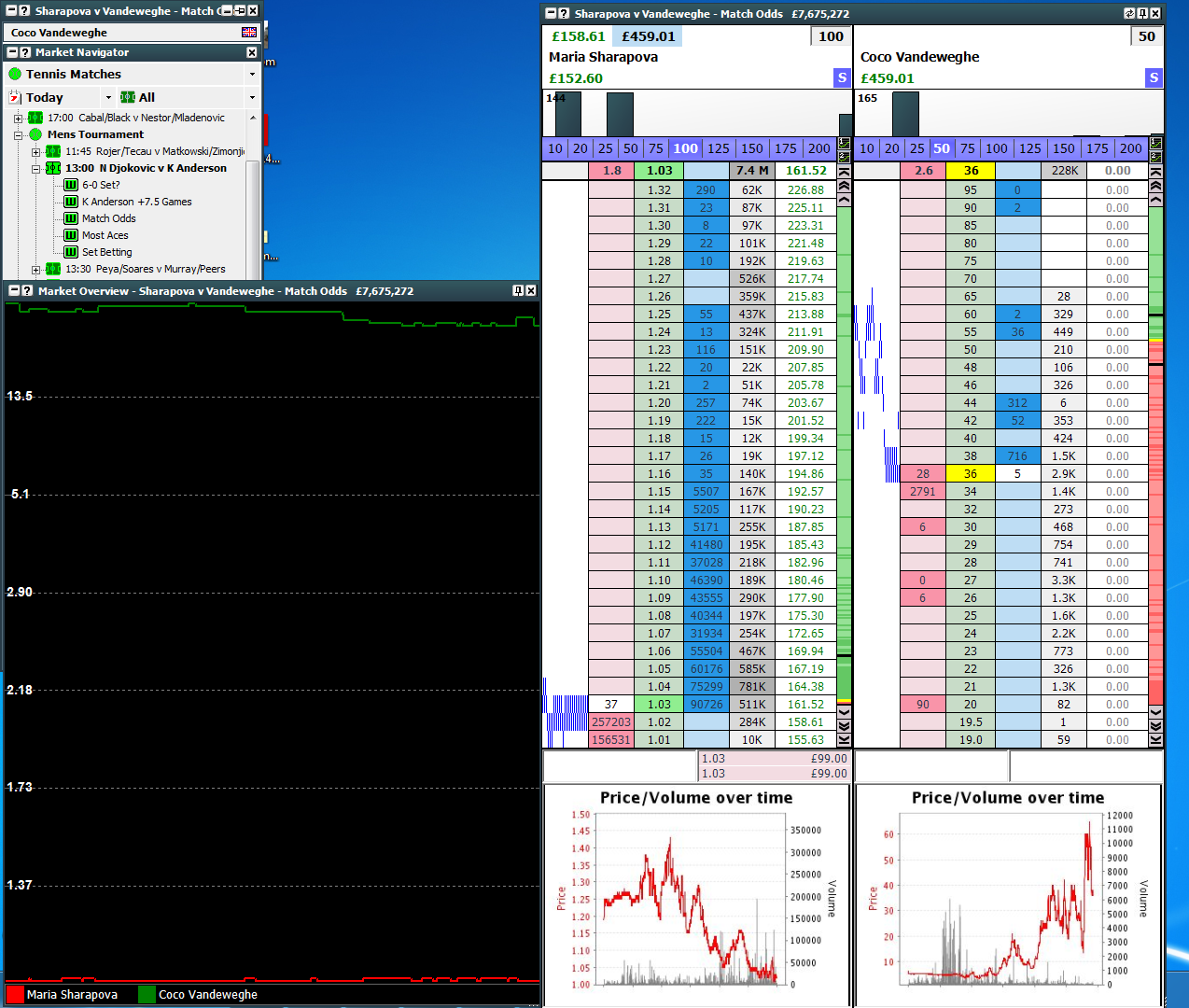 I don’t think many people would have expected Sharapova to go 40-0 down though.

From the compact point of 1.03 where I entered it was perfect, although in such a situation its often best to sit it out… particularly in women’s tennis. I mean that’s several break points for the odds to fall in your favour. To a less experienced hand though it’s often tempting to close out before the break.

In this instance it would have been unfortunate though, with her breaking back shortly after. 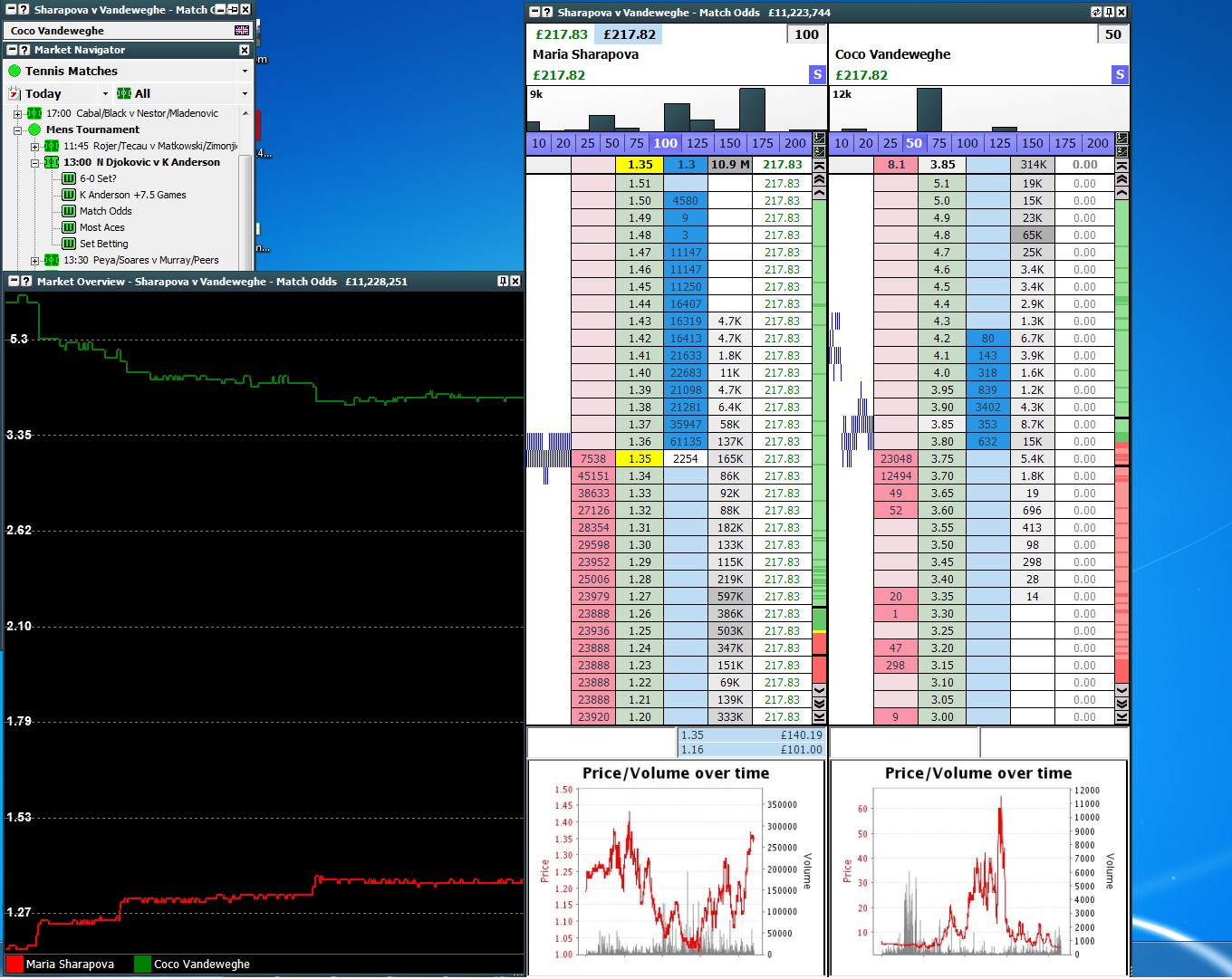 Once play resumed in the following set it appeared Sharapova had managed to calm her nerves. I was out… that said, not a bad trade – risking £6 to win £53…

Most of the time I prefer to play the market, rather than on-court intuition. This was just one of those obvious ones though, something the bots would never pick up (human behaviour).

Good Luck if you continue to play Wimbledon this week!