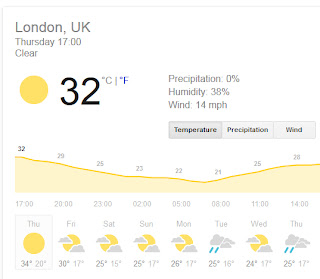 I didn’t’ realise the weather was going to be like this today. If I had maybe I’d of even taken it off!!

On the down side, trading in this sort of heat is not fun! Looking at Today’s ‘silly mistakes’ I’d even go as far as to say; its counter productive. I spent most of the day in a pair of shorts flicking myself with cold water, fan on full blast. Looked like a lovely day to be at the Goodwood festival though… too bad I was trading.

Today was by far the toughest day yet I thought. The Goodwood races were very close behind other tracks races which had an effect on liquidity. This doesn’t really suit my approach, along with what felt like a tugging to and fro between traders. I made a couple of hideous mistakes throughout the day which wound me up even more. The head didn’t help, come the end I took a small break which really helped me get back on track.

It’s been a while since a single result wound me up so much. Considering the size of the loss, it really shouldn’t have phased me. But I think it was more a case of I ‘felt like’ I had missed out and done something foolish!!

If you’ve read trading in the zone, I’m sure you can instantly relate to how I felt. I forget which race it was now, although I know it was one of the Goodwood races. Finding myself around £80 in profit with an open position. Knowing I should have been starting to exit although, greed reared his ugly head. I held on with the end result being just in the red shortly after.

Anyway, here’s today’s tally of ‘silly mistakes’ (the worst yet)……..

I’ll update tomorrow too although it might not be until Saturday as I have my boy for the weekend and probably won’t have time in between trading and collecting him! Hopefully the weather will be this good for the weekend!! 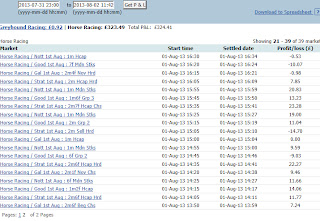