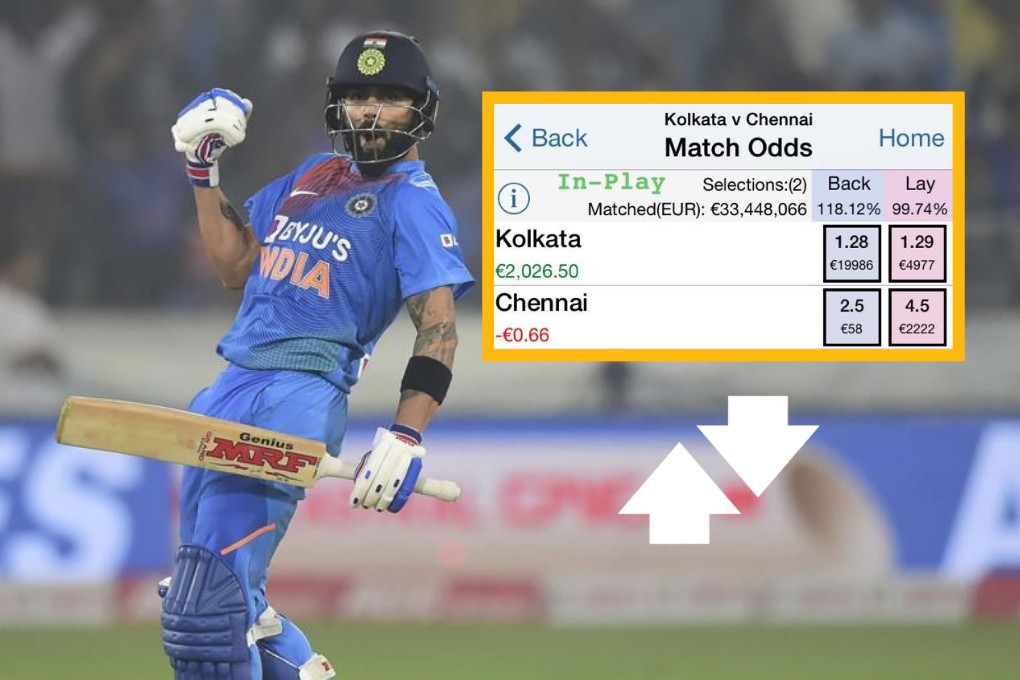 If you’re interested in betting and trading the cricket markets, there are very few that are as knowledgeable…

Need strategic help? See how a pro does it with this cricket trading guide!

It’s coming up to that time of the year again! We mix Bollywood and cricket to get the greatest show on Earth – the Indian Premier League (IPL).

It’s been a few years since I have traveled to India to trade from the ground for family reasons. But the time has come for me to make the journey once more.

You never know what it’s going to be like until you get there, but I have an idea. I’m hoping it works out well this year. In the past, I’ve had some very different experiences, some good and some bad.

Back in the old days when the IPL was just starting out, there was only a handful of cricket traders at the ground. These days with 50 or more lads having a go on phones, you might think it was a goldmine. However, people don’t realise now how bad the phone signal was back then. We’ve never had it so good now with coverage, but years ago you’d have £20,000 on and the phones would drop…

You’d be stuck with that position praying the 3G dropped back in. If the local food didn’t give you the shits, that would!

I’m sure many older snipers have similar stories because you just don’t know where the local transport is, and suddenly everyone is gone. India is a mad place. Then there are the times I genuinely thought “I could die here” and “what have I got myself into!”

In 2014 I was traveling all over India, going to the games. I was chopping it off and making some serious cash. I didn’t plan on staying for the whole tournament but couldn’t leave because the money was so good. I found myself in some terrible places with last-minute tickets and last minute accommodation.

IPL Betting on the Semi-Final…

I was desperate for a ticket for the semi-final last season and bumped into a teenager willing to sell his ticket. He said he didn’t have it on him at the time and offered me a lift on the back of his motorbike to go collect it. He drove us out to the slums in India – poverty like I’ve never seen before. After coming to a halt, he left me there and went to get the ticket.

There I was, sat around for 30 minutes just waiting to get jumped. All for a the opportunity to place some bets…

Luckily enough he appeared again, with the ticket in hand. Madness when I look back!

Another time I was short on accommodation and my friend told me about this bed swap site. Basically an early version of Airbnb that wasn’t mainstream. Everything else was booked so I had to go for it. I arrive and it’s two men and two single beds pushed together. One of them was working nights, and essentially sold me the bed for the night.

The problem? It was like 50 degrees and the room was boiling hot. When I arrived he was lying on the bed and got up, only I could still see the outline of his body on the bed! I had to stay, I had nowhere else to go. And guess what happened next? He actually arrived back at 4 am and lay down beside me. So there I was a night before an IPL game in the middle of two pushed together with single beds with two sweaty Indian men. You couldn’t make it up.

Luckily, it was well worth it. A lucrative year to be betting on the IPL! 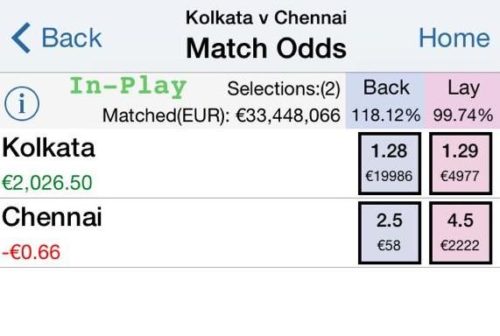 Looking back, I’m not sure I’d have taken some of the risks (off the pitch).

When I was last at the IPL, sniping had obviously got far more competitive. I basically couldn’t hit on a four, six or wicket. It was too competitive. What I could do though was hit dot balls. The Indian Premier League betting market growth has been massive over the last few years.

I could get between £20,000 and £50,000 matched on a dot ball and sometimes that would be worth three ticks. That said, I’m usually just happy to get in and out at one tick as the market is ticking over. When you’re getting those sums on, it adds up quickly.

That was my edge the last time, and I’m highly interested to see where the most value is this season. You don’t know how the markets will go until you get out there and get into the grounds. This year I am more prepared than ever, with expensive tickets booked in boxes to avoid the ICC anti-corruption unit and 5-star hotels booked to avoid any near-death experiences. I also have a local driver booked too. I’m fully set up to absolutely smash the IPL this season. Stay tuned for updates!