The Greatest Show on Turf? 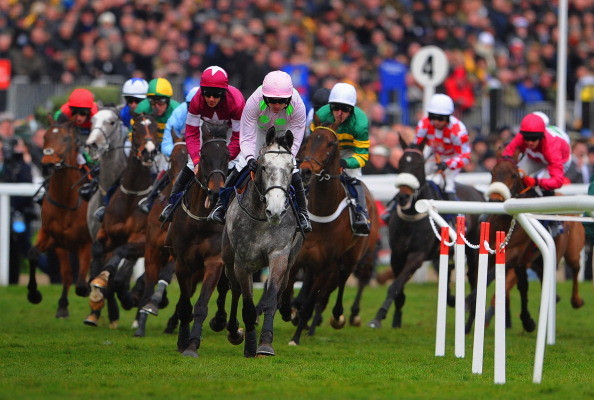 The best racing event throughout the whole year? I often find it more exciting than the others, but there’s one problem…. I’ve never been.

To make matters worse, if I wanted to go, could I tear myself away from the screens with it being one of the best opportunities throughout the year to trade?

The decision’s tough I must admit! But I’ve watched it from the office for 5 years on the bounce now, trading every time. Before that I still watched it, although as a recreational punter… but now I have the opportunity; do I stay or do I go? It’s a tough one to be honest… (obviously I couldn’t miss the Friday trading, that’s non-negotiable).

Every year I get excited about the festival, It’s a great opportunity to put some big numbers through the market. If it’s your first it’ll be a bit of an eye opener, don’t expect too much!

It’s not just the opportunity to put some big stakes through that excites me though, or the opportunity to set a new personal best on a per-race basis… it’s the buzz, the atmosphere, the hype, the excitement on the TV. If you’ve been trading full-time for a while, or even part-time on a serious basis you’ll know things can become rather flat over January and February in the racing markets. Making money is great, but the excitement drops off a fair bit (it has to in some ways to get the best results). The Cheltenham festival gives the week that ‘kick’ of excitement…

Why is Cheltenham a good trading opportunity?

In more detail, why and how to make the most of this….

The best way to describe trading the festival is; it’s like trading a normal Saturday afternoon card on steroids. All the useful things are multiplied, although some of the problems are too… as other traders are trying to make the most of the things just like us.

Increased market volume – It’s the most obvious. The more turnover, the more opportunity there is to get larger stakes matched. If that’s over one tick or ten, scalability is easier. This is because there is less risk when you can take a price for your whole stake instead of having to chase the prices all the way up the ladder until your stake is out. This very problem is why edges within the betting markets aren’t as scalable as other world markets. For the week Cheltenham is on this problem is far smaller, more turnover = more opportunity and less risk.

But of course, the frustrating thing is your only going to get this opportunity to practice, real-time, once a year! So if it’s your first don’t get too excited. Yes you can make more money, and faster. But if the price goes against you its going to take a hell of a lot longer for it to go back – if ever! Patience is the key thing. I remember my first festival sat in the que for several minutes waiting for my £50 bet to be matched, of course when it did things were far saver but I could only get one or two scalps through in several minutes when the price hadn’t moved.

Market Information – There is generally a fair amount of information about the runners at the festival, where their from, the trainers etc. It’s high quality stuff! So, while there will be some gambles the market is better informed (as a generalisation). This means prices are often more ‘stable’ and you can worry far less about the price running away with itself, unlike a race at Dundalk on a Friday night. The prices won’t be going from 3.0 to 4.5 and back in within a few minutes. Adjusting your style for the festival is important, otherwise you may be sat there a long time not really doing too much.

TV Coverage – It’s far better quality, and on national TV. Obviously you’ll get advertised to death but the build up to events is better. Why’s it better to us? obviously it adds to market turnover, activity and I’ve known excitement on the TV to impact the market quite heavily in recent years. All it takes is for a presenter to start waving around a ridiculously priced bet on the course and telling the nation it’s a sure thing and the market will respond. If that happens you’ll want to be in, quick. Fastest finger first.

Uneducated Money – Obvious, but as you’d expect. The festival generally turns your £10 punters into £50 and £100 punters which means more uneducated money going into the markets at prices they aren’t particularly bothered about (im talking about 4.4 v’s 4.7 for example) there’s a lot of them too, so it add to the traders wallets. On the flip side you’ll be playing against me and others with far larger trading banks and maybe more experience. Betdaq will also be of use in this area as you may find it easier to get ‘filled’, if you haven’t got an account already I’d suggest getting one here.

More Trading Time – With the hype, the coverage, adverts and excitement the markets tend to pick up a little earlier. Instead of waiting nearer to post time for the majority of volume passing into the markets it will start a good 15 mins or so out. Obviously the most will be at post time but it’s pretty painless to pass a few scalps through even 10-12 minutes out.

So, with all that in mind you should be set to go… im sure it’ll help. Don’t go too hard on yourself as it’s often the case; by the time you’ve adapted the week is nearly over.

Also bear in mind, all of that is good but on the Friday and in the Gold Cup market in particular it will be absolute carnage!

Enjoy… it won’t be long until you hear that Cheltenham Roar!!!

6 thoughts on “It’s Coming… Are You Excited?”