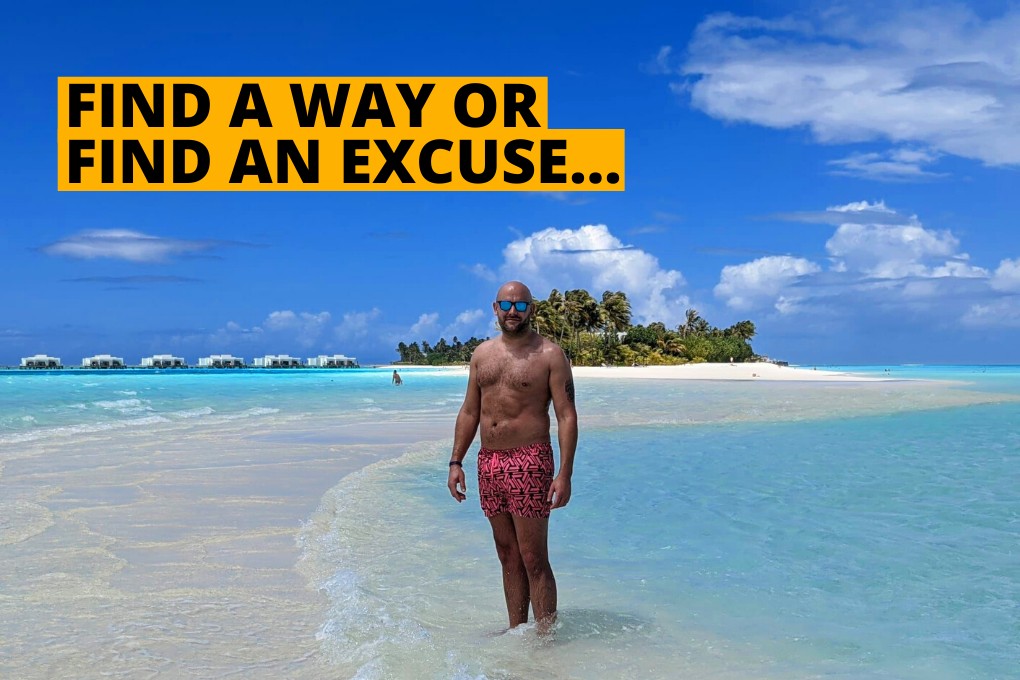 Okay so the bald fat James Bond nearing middle-age look wasn’t part of the dream, but I’ll take it nonetheless…

It’s been a little over 10 years since the start of my Betfair trading journey and so much has happened. To say there have been high-highs and low-lows is an understatement.

In the earlier stages I nearly gave up, later, I felt invincible. Many told me it was impossible, that making millions from betting couldn’t be done. Some (who were close to me at the time) even went out of their way to try and stop me.

It’s hard in the moment, but looking back, pursuing the dream was always the right thing to do!

Last week I came across an old saying that I used to be fond of in those early, difficult stages:

It’s frustrating but true, and everybody knows it deep down. Also a great quote for anyone that’s attempting to minimise your aspirations in order to make their excuses feel better!

For me, this was a major problem at one stage. I didn’t realise how harmful the people around me were to progress. Years later I met another very successful person who brought this topic up. They were clearly more ruthless (and successful) than I, but a saying they used stuck in my head.

It was “show me your friends and I’ll show you your future”.

Carefully selecting the people in your life is a big deal, don’t underrate it. My biggest losses have been through poorly selecting those around me, it’s cost way more than any strategy or single trade. God only knows where I would be right now had I learnt and embraced this earlier.

Fortunately, it’ll never be a problem again. I won’t forget it!

Last month I popped to Teneriffe and this month I went to the Maldives. If you follow any of my social channels you’ve probably noticed an update or two. Each time I share something like this there are usually one or two people saying that I went at the wrong time, or that I have missed out on profits on a Saturday’s racing or something.

I understand where they’re coming from, I really do…

Why would you want to be in 30-degree heat, sipping on a cold beer next to the Indian Ocean when you could have been watching horses run around in the UK’s pissing rain? 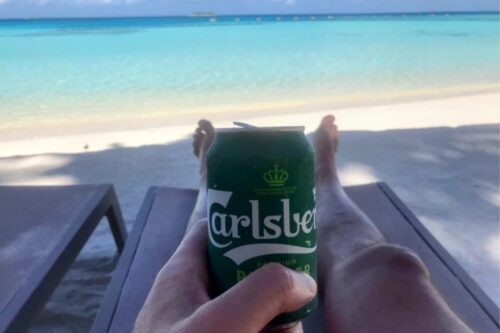 If someone can’t miss some trading, they are the losers, not me, I’m living my dream.

The reason I pursued Betfair trading in the first place was to experience a life I didn’t have, to take time off, enjoy myself and experience things that were beyond my grasp. Now I’ve built that fulfilling life I’m not going to throw it away for a few extra numbers on the balance sheet (maybe the takeaways can go).

Extra zero’s on the bank balance is nice, but it’s not everything. I can see how it happens, but the real win for me is having more than I need whilst enjoying what I do, from a position of total freedom…

The pictures shared below do most of the talking so I’ll keep it brief. For anyone who’s considering it, I’d highly recommend visiting the Maldives. Rarely will I visit the same holiday location twice, but this is the exception. From swimming with stingrays and reef sharks to watching packs of dolphins and five-course dinners on the beach, it’s awesome. If you go, don’t hold back, make sure you do it all. 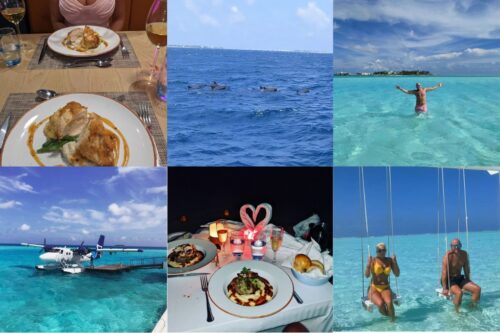 There aren’t any negatives to this destination, although travelling there can be a bit of a faff. Connecting flights, sea-planes and boat trips become disjointed if there’s a delay in the chain. With the additional paperwork and checks we all have to do now, it really doesn’t help the journey.

Psychologically, a break always gives me an uplift. However, being so secluded, away from news, adverts, social media and all the western world shite was very noticeable for me this time. I had a similar experience the other year on a snowboarding trip when my phone broke up the mountain. Being in an environment without prompts and push notifications was liberating, leaving me plenty to think about. It’s done me so much good.

This last year I’ve found myself taking more notice of political issues like regulation and inflation. Maybe it’s because I’m in a different financial position now, but it’s no good for anyone. The extended break highlighted this, giving me a different perspective and prompting a step back. Inside and out of Betfair trading, the market is the market, it’s important to focus on the thing we can actually change…

Whilst relaxing I took some time out to read Monte Carlo or Bust, a good read from Joseph Buchdahl (fuller review in the coming month). It gets a recommendation from me!

I rarely post the profit and loss style blogs anymore for several reasons. Frustrations with Betfair, complaints of bragging and ex’s using them as evidence to get more money are just a few…

That said, this years profits are a drastic improvement from last year. Given the cancellation of sport and restrictions last year, that’s not so hard, although I suspect I’d still be ahead if they hadn’t have happened. Hopefully, this little break and re-set will provide another boost! It did last time, although those results aren’t exactly hard to top anymore…

As long as there is liquidity, volatility and people (behind the emotion) in the markets there will be plenty of opportunities. You just have to find an edge that works and understand why.

Sure there’s a ceiling to how much we can make from the markets, although it’s hardly low. Hopefully, it’s not restricted with another lock-down in 2022!

I’ll take some time to make more strategy based updates in the coming months as there’s plenty to say about the recent markets, although a few other things have to come first.

One or two have already emailed support this week asking about course discounts for Black Friday. If you’re interested, there will be an annual limited discount available soon. If you aren’t subscribed to the email list you can via the sidebar on desktop or footer on mobile to get a notification. All products will have a limited amount available, previous years have sold out early.

12 thoughts on “Living My Dream: 10 Years of Winning | Betfair Trading”