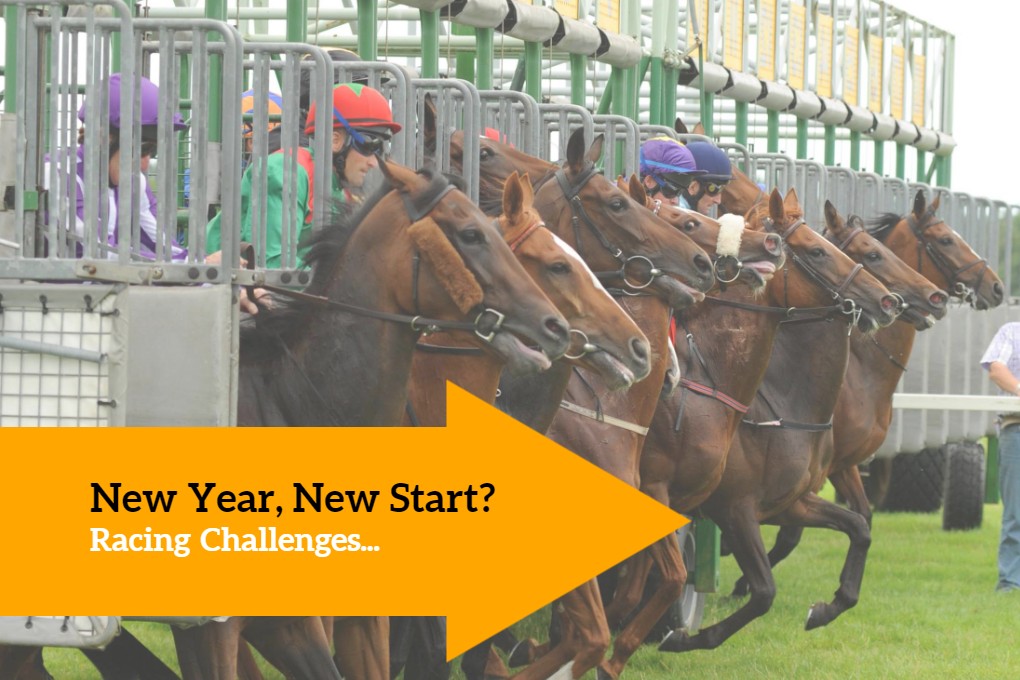 And breathe out! Crazy day trading the racing hey? it always is…

Christmas is over, the mince pies have run out and you’re probably nursing a hangover after new year celebrations. However, for those who didn’t get blindo this year (myself included) today could have provided a different kind of headache!

Here’s my round up post ahead of this year, including today’s activity and future progress!

Looking for Strategies? Get a FREE Lesson Clicking Here

Erghh. As expected, a short time into the new years card and some of the ‘live shows’ were reduced to seconds. One of the reasons that new years day trading is a challenge.

You really need to sit on your hands at times.

I found myself pretty frustrated at times, a handful of decent opportunities just about made things worth it. One of which was a crushing price move in a very short time close to post. For anyone caught on the other side it must have been soul destroying, but this is the game we play.

With the racing schedule butted up against each-other, overlapping and limiting the peak periods of liquidity it makes the markets more likely to shift in a heartbeat.

How did you find it?

In the early days I loved a new years day card as it was an opportunity for lots of little snipes out the market, a few quid here and there soon totted up… although they’re a necessary evil, these days I prefer to focus on the scaleable setups.

It’s not all doom and gloom though – on days where there’s a lot scheduled on the cards, the markets are riddled with fear. I certainly spotted one or two moves where you could clearly see somebody trying to exit a position desperately. It’s a shitty reality, but that activity brings a chance to profit, diving on where a price never should have gone…

Scanning around the forum and twitter it looks like a few had a good days trade. Typically I’m spending more time pursuing the former over the latter these days, there’s just so much noise on there now. Something I’ll be doing more and more in the coming year (explained later in this post).

We’ve added a few helpful resources and listings this year. Regular readers have probably seen most of them already, if you haven’t check out the sidebar (on desktop) or below this post at the bottom of the page (on mobile).

On the Sidebar ⇒

Another good reference from the year just past would be the top 5 posts of 2018.

This year’s likely to be a bit different to others. I’ve developed a lot on a personal level over the years, something I am grateful to trading for – a focus on trading mindset brings it out of you.

It was almost 10 years ago now that I started this journey and I’ve learn’t a lot on the way. Something I and those who manage the site are keen to share with the wider audience. Teaching others and developing the sites products has become something that I enjoy doing, even if the payback isn’t amazing.

In the coming year we’ll be adding a stack of educational help videos, similar to those updated on the members area and YouTube this month. If you haven’t already, you can subscribe on the button below…

YouTube have moved the goal posts a little too. If you don’t want to miss out on new uploads, tap the notification bell.

Furthermore, if you have a specific question for the followers Q & A please add it to this post. I don’t update it so much anymore although really should. Ever since it started in 2015 it was popular with users. There are over 60 questions answered there already so check them out!

So it’s been asked on the forum already (linked below) but do I have a new years resolution?

No, I’ve never been a fan of them.

What I will be doing…

I’ve decided to make a longer-term commitment than that, one that’ll last for at least 2-3 years.

This site first started as a ‘blogger’ free blog, if anyone remembers those. It was just a way to express my current frustrations and experiences, I honestly had not other intentions for it. But as I became successful in my own trading more and more began to probe me.

Initially I was reluctant, but on the way readers even suggested that if I could share some deeper insight they would be willing to pay. This inevitably led to the pre-race trading guide version 1.

Since then things have developed alongside my trading. The Betfair pro traders campaign, VIP event speaking, Matchbook conference and Betdaq video’s to name a few. Now there’s the first Betfair traders event next month too!

As this year develops I’ll be committing my efforts toward helping others progression. There are a couple of avenues for this to be explored as yet – but I enjoy doing it. That’s not to say I won’t have a vested interest in the exchange markets myself, I certainly will, but 2019 is likely to bring some new challenges of it’s own. I can’t wait!

So that’s my reason for not having a resolution!

In my opinion; resolutions are just useless short-term targets. Having a target alone won’t take you where you want to be…