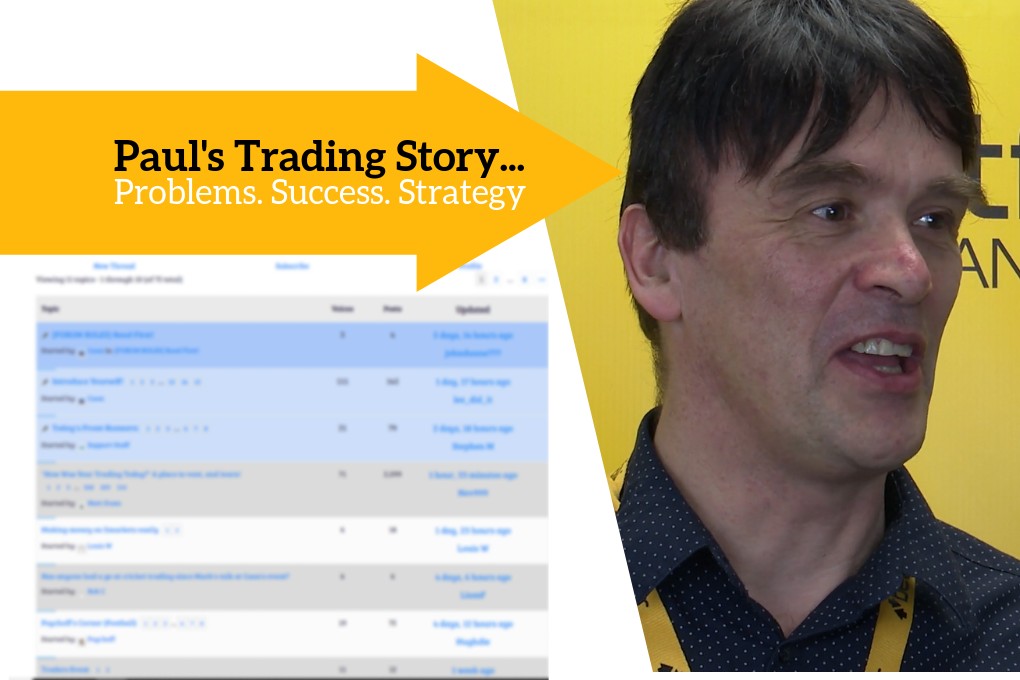 It’s great to hear some real stories ‘from the trenches’ as described by other readers – just like you!

You can see the full series of our members posts here. But before you do; here’s a new insight into the world of trading from another member.

From one passion to another, it’s a cracking read…

I have worked and lived all over the world, including US of A, Italy, Australia, Columbia (yes you read that right). I have a grown-up family now they all still live here with me, in the haunch of Warwickshire, despite my best attempts to get them all to travel more. 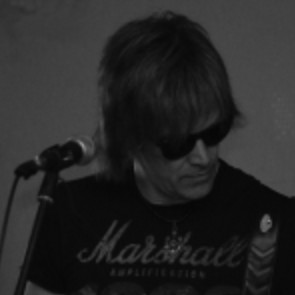 I am a sports fanatic, played cricket at the junior county level. My aspirations to be the next Ian Botham clashed full on with the pub, music and girls.

As a family, I encourage them all to stay fit and healthy by playing sport. In fact, a couple of weeks ago I persuaded my wife to take up running and do at least 3 miles a day! I have no idea where she is now…

I played bass guitar in a rock/metal band for most of my life. My early claim to fame being; when I was interviewed live on the much missed Radio 1 rock show. We did a session at Maida Vale for the BBC. I still have the master tapes along with fond memories of speaking to the late great Tommy Vance.

I tried my hand at stand up comedy including two gigs at Jongleurs in Battersea and the Gong Show at the Comedy Club (Leicester Square). This was where my career came to a shuddering halt! A shower of paper cups, plastic pint pots and literally tons of abuse ensued. Real character building stuff!

My professional background is in graphic design/data analysis and IT. Quite a combination I know, and if you throw bricklaying in there you have quite a mix.

How did you discover trading?

Pretty sure I along with several thousands/millions of others I uttered those immortal words:

I tried Betfair way back in the day and quickly gave up. I was as bad at picking losers as I was winners.

Fast forward to twenty-eighteen and I accidentally stumbling upon matched betting. I love match betting, and still pursuing it diligently means I get to trade with other peoples money. Anyway I discovered a blog which had a section about someone called Caan Berry… 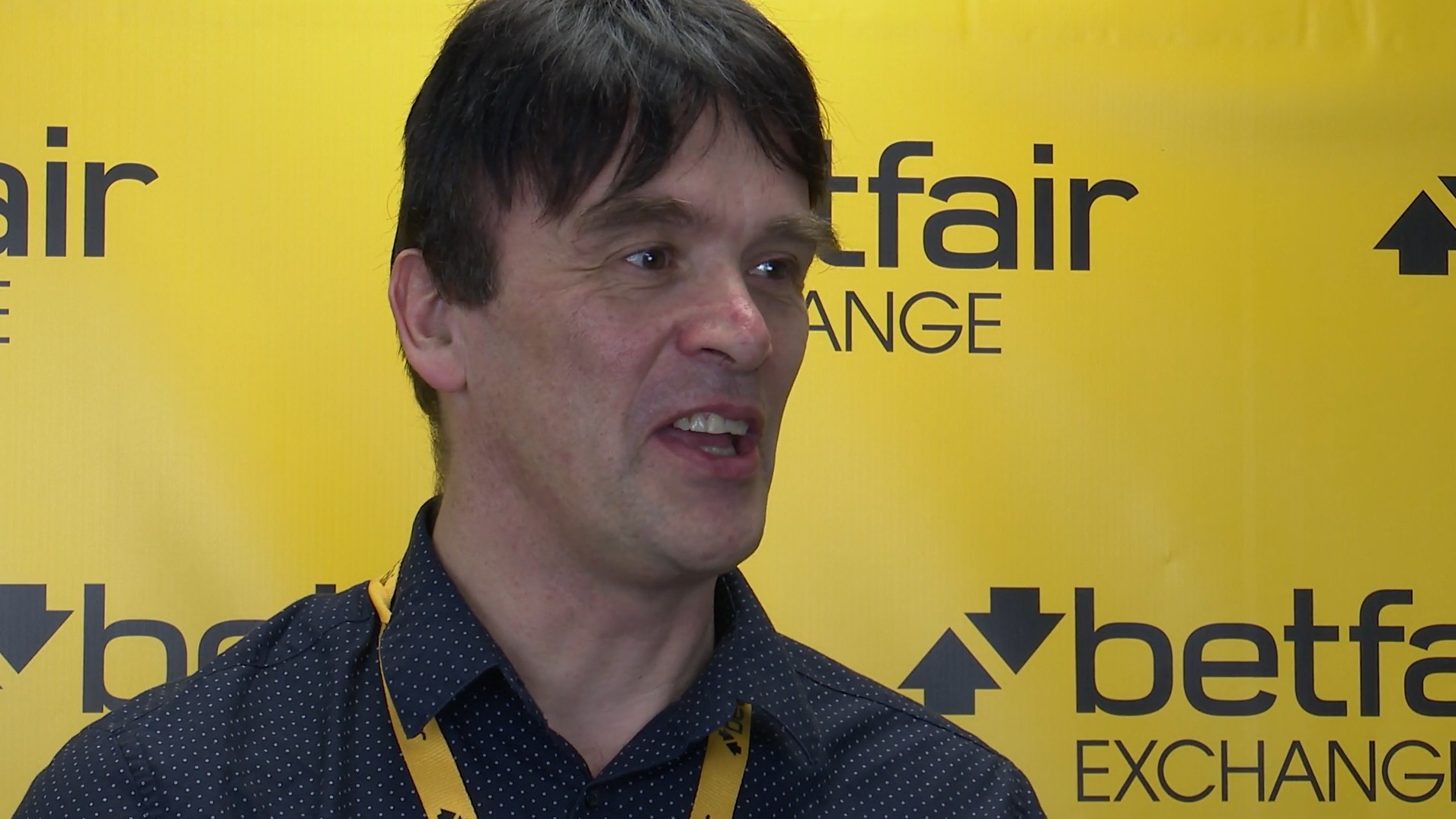 For me, it’s all about the data analysis, prediction, the interest of sports (every single one of them). Finance sure comes into it but as I’ve stated many times before; the dream of escaping a terrible job etc. is not my motivation.

I have worked for myself for over 10 years now and I do love what I do for a living, albeit part-time these days.

I don’t play so many gigs so being able to replace that income with something less sweaty appeals.

Currently, my approach works well! I have spent a lot of time and money on educating myself (I always do this in anything I am learning) you get what you pay for in this world. If anyone thinks they’ll go full-time by watching a bunch of YouTube videos, they’re as misguided as those who think you can explain the qualities of a good forward defensive shot to my wife.

The first time I made £10,000 in a weekend was an incredible feeling I spent £9,995 of it on gambling, alcohol and fast women in one night… the rest of it I wasted.

One of the best investments was Caan’s video course. I didn’t understand it all to begin, with but I knew something was there. It’s like a great record (Jethro Tull – Aqualung for instance) you will have no idea what is going on the first time but the more you go back to it the better it becomes. Caan’s videos are my Google these days! 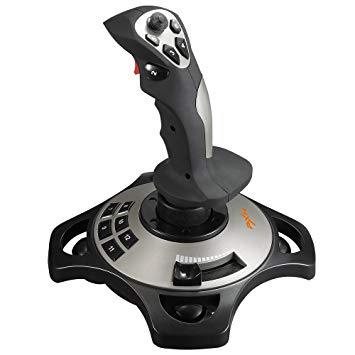 Surprisingly I went a very long time before blowing a bank and it was only a small one when I did. However, I was doing this really cool thing called the ‘£10 Betfair challenge’. By the end of the week, I had made £10 into almost £100. I was just about to pack up for the day, needing around £5 to make the £100 mark. Suddenly I was back down to £70, the red mist descended, I needed the boost for no-one but me and my ego, it ended with the whole £100 gone!

I remember calmly without swearing or any indication of the maelstrom which would follow. I unplugged my very expensive gaming joystick, took it into my garage and stamped on it until it was dead. I was thinking “What did I do?”

I was absolutely devastated I had almost given up over £100! Despite having banked a quite serious amount of money in the previous month.

Blowing the bank paled into insignificance compared to the downturn which came next. By this time I had decided to go at least part-time into trading, I have blogged about my leap of faith before. The thing which would have definitely ended my career really before it got started was – OVERTRADING. No matter how good you are this, will destroy your career faster than going In-Play.

I know I have a fairly aggressive trading style, but I can back it up with a reason, logic and confidence… boy did I learn very fast when nearly £700 went up in smoke? No in-play to blame, just pure self-indulgent.

“I can trade anything that moves and I’ll be alright”

It was soul destroying.

I have documented what happened including the death of yet another joystick. That’s £300 in joysticks now. They will insist on sitting on my desk looking all smug!

A long conversation with fellow forum member Phil C brought me back from retirement. Now I trade only the races I am 98% confident in, which over the course of a trading day isn’t actually many – but when you realise how important that is, it really doesn’t matter.

Has there been an ‘aha’ moment or not?

Understanding liability. I would see traders lay £100/£200 and think WOW – my gambling mentality really didn’t get it.

The community forum is a really great very friendly place where no one criticises or takes the mickey. It’s essential to get the perspective and to talk to other traders, this is a strange profession we are all trying and very few understand it. We need others to talk to who do!

If your mate is a stockbroker or trader in the City then wow they are cool, yet the immediate perspective is gamblers are the lowest of the low in society. Having people to talk to that aren’t so narrow-minded is important.

Trading cricket again is a focus of mine, I learnt an awful lot since my awful first attempt. I’m looking forward to the cricket World Cup as I am ready this time. 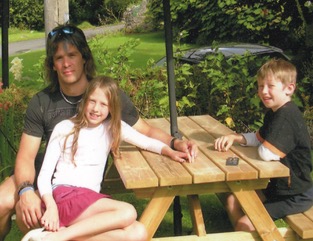 I think I have a fairly unique style which combines several angles. Planning which races I will trade is very important, making sure each race fits my style rather than trying to shoe-horn my style into each race.

I don’t fear going in-play as much as many seem to, it’s probably because I never do it unintentionally. It’s amazing how many times the trade will be matched in those first five seconds, versus against how many times trade goes flying against you (I have done a lot of research on this).

I do have some automation to help me out but it rarely kicks in, a delayed SP. It may mean losing £20/£30 on one race a few times each week, but I know the policy is far more beneficial than this.

What do you hope to achieve in the coming 6 months?

To be able to play Elite Dangerous in October with the joystick I just bought from Amazon!

I aim to pull £30 a race from 10 races, then pack up for the day. I know the thought is there to keep going if things are going well, however, I never liked doing overtime. I would rather spend time enjoying my money, rather than trying to earn more.

I’m not looking to go full time just yet, just because the solitude is hard to deal with. I’m happy doing a couple of days consultancy, just to talk to people and get a change of scenery. However, when those dark winter days return…

Massive thanks to Paul for providing this insightful account! Be sure to follow his journey on the forum where he has created a specific thread!