There are so many forms of Betfair Software out there, and Bot Beetle is one of the cheapest on the market, so it’s about time we did a full Bot Beetle Review.

In this article, we will provide you with an in-depth review of the bot beetle and show you the reasons why you should consider trying it out.

We will look at:

What Is Bot Beetle For Betfair?

Bot Beetle is yet another form of Betfair trading software. It taps into the Betfair API just like the others, the only main difference between Bot Beetle and other software is that Bot Beetle is mainly aimed at beginners. Just because it is aimed at beginners though, doesn’t mean it hasn’t got the more popular settings that most serious Betfair traders use daily. Bot Beetle has a nice layout, and at the end of the day it always comes down to personal preference in terms of what screen layout and set-up you like. Bot Beetle is a little cheaper than the other main Betfair software, and that is because it does lack some of the more advanced settings and most professional Betfair traders would use. As we said, it’s very much for the Betfair newbie. 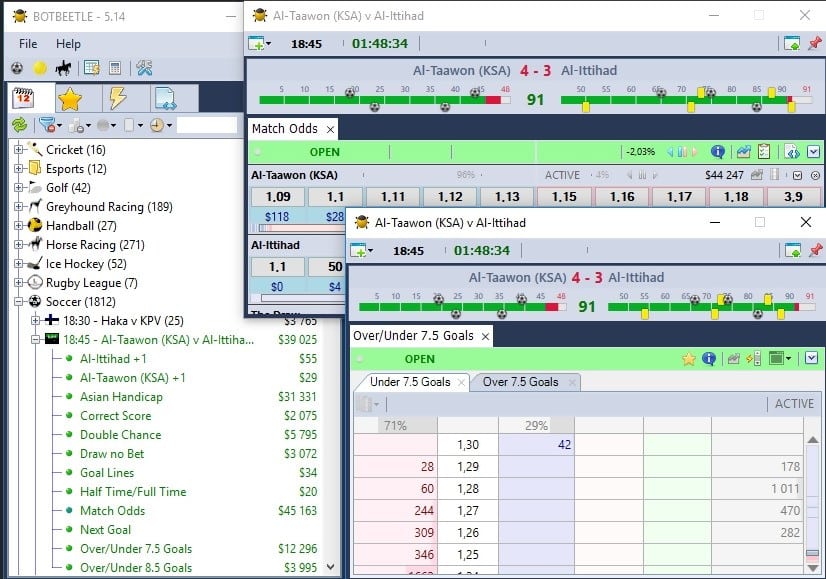 Bot Beetle is a trading software that could suit anyone. It doesn’t have any features that you couldn’t get elsewhere, and the main driving force for using Bot Beetle would be the price and if you like the screen layout. The software has been designed to meet the needs of the average trader with a user-friendly interface, and it does do just that. However, the “above average” trader wouldn’t use Bot Beetle. People who are new to Betfair will find Bot Beetle very easy to understand, and that’s a good thing.

The Bot Beetle software makes it easier to trade at Betfair exchanges and can quickly link you to the site. It works just as any other Betfair software would. The software ensures that the odds are constantly updated and that your bets are immediately placed with one click. The bot also features:

It doesn’t matter if you think you already have experience with trading on Betfair, you will need to use a ladder interface to be able to see and understand the market clearly. The Bot Beetle has a ladder interface available for users. Again, nothing new here but it’s a nice feature. 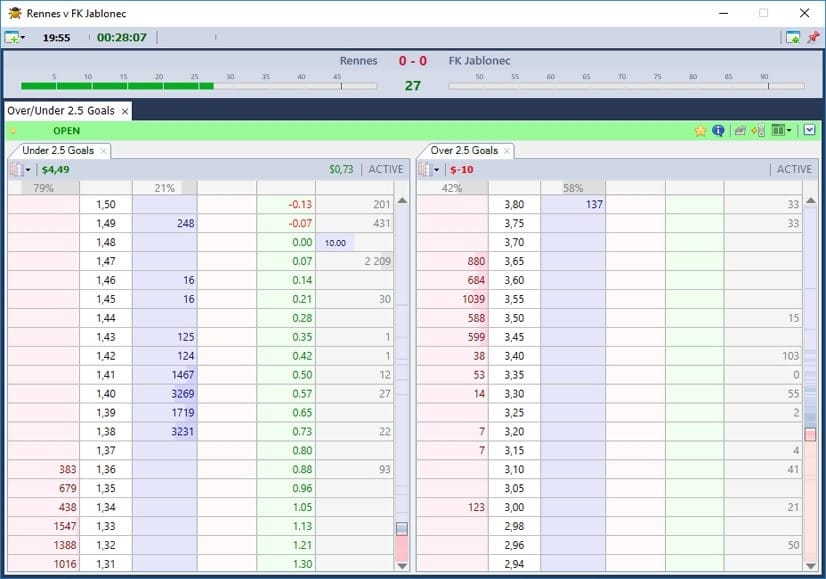 Another feature found in Bot Beetle is the grid interface. It is especially great for people that prefer to use a grid just like the Betfair display but quicker and with one click betting.

The Bot Beetle allows you to dutch bet, which is mainly used in horse racing. Again, nothing that any other software wouldn’t have.

Pretty standard for betting software. Anyone familiar with Betfair trading knows the importance of speed and the one-click feature in Bot Beetle allows you to grab any opportunity as soon as it comes.

The bot will enable you to promptly place an opposing bet immediately once the original bet has been matched on Betfair. It gives you control and the flexibility you need to make offset bets that suits your trading.

As you can see, Bot Beetle has all the features you’d expect from a normal betting software. It doesn’t go into the more advanced settings, but then again most “normal” traders wouldn’t either.

Bot Beetle is very easy to use and does not contain any complex language that will confuse users. The user manual is especially great for newbies who have little to no experience at all using any trader application. The user manual answers all your questions in just a few hours about how the software works without any technicality. It also comes with training videos that allows you to understand every aspect of the software before you begin to use it.

How Much is a Beetle Licence?

Bot Beetle is a reliable software for newbies. The software has been tested and also has a safety certificate which is approved by Betfair. They have made it possible for you to try out the software with a free trial. Users get to enjoy the benefits of the software free for 30 days before purchasing a licence key to continue using the software.

After the 30 days trial period, you can choose to subscribe to any of the three available plans. The subscription plans include:

We’re not sure why they charge in dollars, but nevertheless, it is pretty cheap.

In our view, there is no harm in trying out the Bot Beetle since it is free. Betting software always comes down to what view you like on the screen, and you might like the Bot Beetle layout better than other software. If you’re more advanced, Bot Beetle probably won’t be for you but for anyone new to Betfair Trading it’s definitely worth trying.

Bot Beetle have created videos showing the ladder and grid interfaces on how the software works. After downloading the software, users can take a look at these videos to understand better what Bot Beetle is about before using it. Bot Beetle is straightforward to use, and there is a lot of support available to help you navigate its features in case you find it difficult to understand how it works. There are many tutorial videos that you have access to, which will help you along the way. The tutorials will show you how to set up your automation and also configure advanced strategies.

If you are wondering if this software is compatible with your system, you should know that Bot Beetle can only be downloaded on computers with a Windows operating system. The site says it works with Windows XP, Windows 7, Windows 8, Windows 10, Windows Server 2008, Windows Server 2012 and above. It also requires Microsoft.NET Framework 4.0 (and above). Mac Users won’t be able to use this software, but Mac Users are well used to having problems with Betfair software!

Bot Beetle is a nice software for beginners that has been approved by Betfair. The program is advertised on the Betfair Apps Directory, which gives it more credibility. The technology which was designed by Andrew Brizinski, in Minsk, Belarus; who is constantly providing updates and improvements on the software. Installation is effortless and is light on your system if you have Windows, which makes it a good choice for anyone starting out. It has all the basic features anyone new would need with betting software.

Related: Bet Angel Review – How Does it Rate?

5 thoughts on “Reviewing Bot Beetle for Betfair – Any Good?”