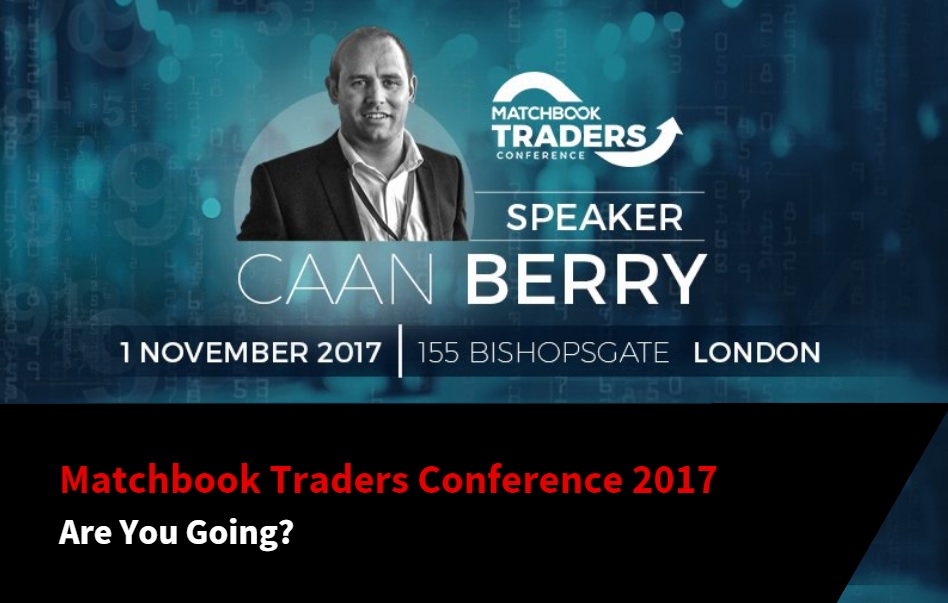 It’s been a while since the last conference but it’s great to see it being done once more.

This time around it’ll be a little different by the look of things, particularly for me anyway:

This time around it’s at Bishops gate, London. Not that far from Liverpool Street if you’re getting the train.

The event itself starts off earlier than last time and is on the 1st of November (just over a week away). Last time around the evening followed on with a few shandy’s nearby, I’d expect it to be similar this time as well…

If you’d still like to go, there’s hefty discount using the code below (half price):

Grab one on eventbrite HERE

I’ve added in the schedule below for ease, it looks to be interesting for sure… 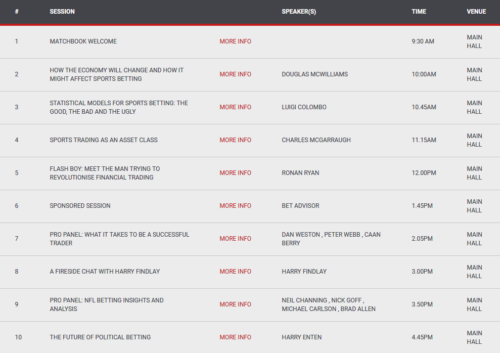 When they asked me to talk initially I was surprised; the current commission structure for Matchbook isn’t ideal for the way I trade. Far more beneficial to those who place arbitrage or matched bets.

Although as they explained to me; although this is a Matchbook sponsored event, it’s not necessarily there to just get people using the exchange. It’s far more than that. The purpose is to get people talking and sharing their insights to betting, trading and where they see the future heading. A refreshing attitude I must say, given the way some of the other companies operate within the industry.

I’m delighted to have been asked, given some of the other talents featured. Most readers will already be aware of Daniel Weston and Peter Webb, but they’ve also sourced some other very influential people to appear, such as Ronan Ryan a founding member and president of IEX Group.

Will you be going?

Haven’t got one yet? Grab a Matchbook Account Here