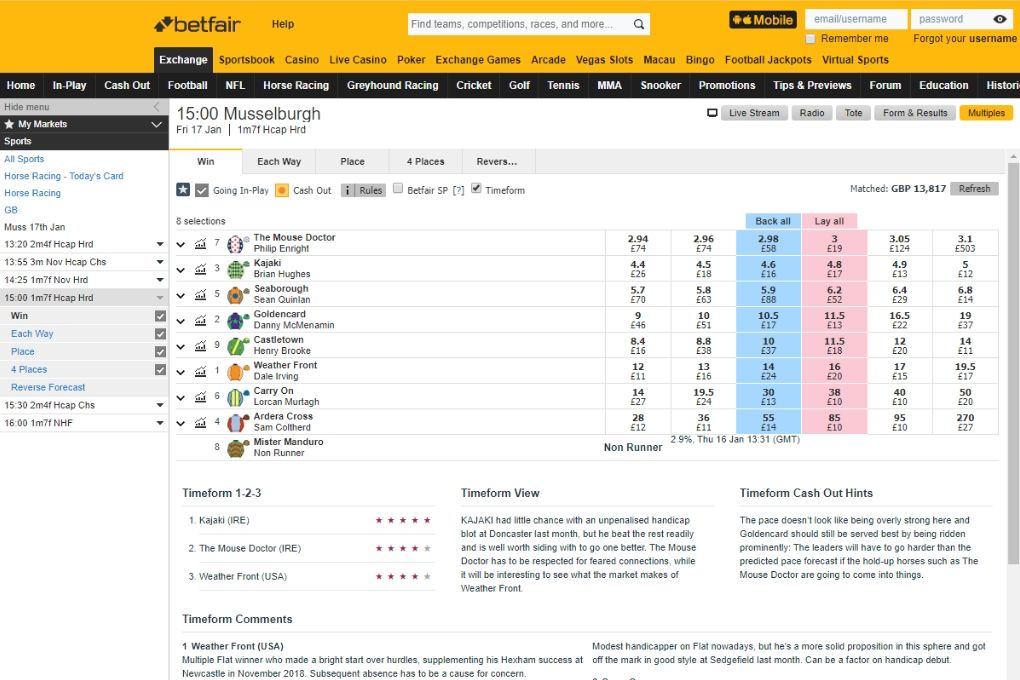 In recent weeks there have been several problems with API functionality. Some users have faced ‘phantom bet placement’ whereas others (myself included) have noticed sporadic ‘lockups’. Having been in contact with Betfair direct, I’m told they are remedied now.

And whilst I’m glad the issue is fixed, I feel it went on for far too long. Technical issues are bound to crop up from time-to-time, I accept this, but it appears they just don’t care about the Exchange anymore.

Which leaves me with a question…

Is Betfair Killing Itself on Purpose?

It certainly appears that way, for multiple reasons.

First, as previously mentioned; the product has to be reliable. If it’s not, users lose interest.

There’s no confirming analytical data signal to justify this either. Something the corporates should think about.

In modern business, the use of analytical tools, customer data, clickthrough rates and sign-up metrics have risen to the top. It’s not hard to see why. However, this also means another area is suffered – common fu*king sense.

You would have thought that while bookmakers are restricting winners for winning as little as £716.88 they would be thinking about driving their USP home (Unique Selling Proposition).

“Come and use the Betfair Exchange, where winners are welcome and prices are better”

It’s almost like they’ve forgotten why they shot to the top of the industry. But what do I know?

Now, I’m not foolish enough to say Betfair are suffering financially. The points below have made them some bumper revenue (in the short-term). Although I firmly believe they are now the sole reasons for the distinct decline in interest in Betfair’s Exchange.

Look at the trend line above in line with these dates:

It became clear to me there was an advertising problem in 2014 too. Betfair got in touch to feature me as a professional trader on their exchange, which led to this video series.

During the brief exposure to the marketing team that attended my home with a camera crew, I realised there were great things about the Exchange I could not say. Purely because it conflicted with Sportsbook products.

I want to keep this balanced though. Betfair Trading has changed my life for the better, no question. There’s still a huge amount of value on offer and you can make a lot of money from the markets. It’s just sad to see such levels of neglect within a product when everyone used to sing it’s praises.

Come on Betfair, pull your finger out!

Seen the recent YouTube controversy? Check out the Channel Here.