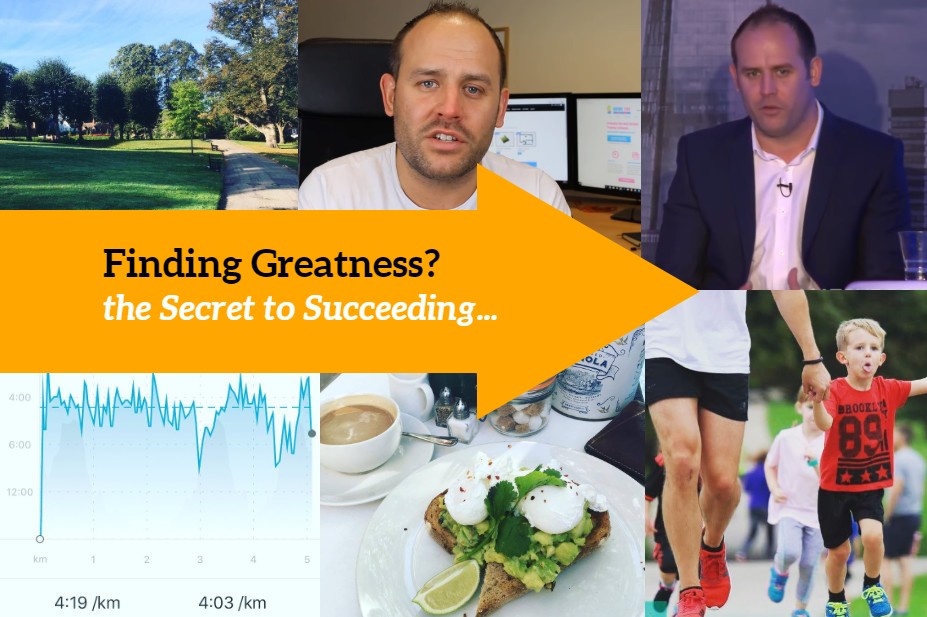 What is success? and how do you achieve it? If there is one, what’s the secret to getting what you want?

I’ve had a little over the last few years, although I believe the best is still to come. But I attribute it to a few re-occurring factors. The more I do them, the more I seem to succeed.

Today was a pretty good day for me in particular, so I thought I’d share a few key thoughts in a slightly more personal update than usual….

Just getting started? Get everything you need compacted into one small book HERE

It looks like this campaign from Nike is pretty old now, but I’d never seen it before. The message is powerful, but it goes way beyond the setting shared in the short clip below.

For me, it sums up success perfectly, I’ll explain why after but for now take a peek…

On the surface it’s just a fat kid jogging, but depending on how you think (and your life experiences) it’s a lot more. To me this short clip is everything you’ll ever need to know about success – hidden in plain sight for some.

The contrast of the young lad being severely overweight just adds to the mix.

It’s my belief that succeeding, no matter what you’re doing, isn’t reserved for the ‘special’ people. It’s just a result, that’s often been carved out by unfaltering persistence. Nothing more.

Like the fat kid jogging, it’s not so easy – but the more you do it the easier it gets. Like trading, the ability to re-apply and re-apply yourself to the market (even when probability sucker-punches you in the mouth from time to time). Just manage the downside and keep going.

Of course there’s the need to be smart. Being smart always beats working hard in the end, but being smart and working hard (being persistent or whatever you want to call it) is the money-shot. This also reminds me of a podcast I watched earlier in the week; JoeRogan – where Elon musk started smoking a joint.

Of the whole episode, one line really stood out to me – Elon’s emphasis when stating he just likes to get stuff done.

But it’s not easy, which is probably why so many don’t manage it. But that’s a matter of perspective too; if everyone else is more likely to give up, surely it’s a reason to carry on and push harder?

Either way, the key points to succeeding for me would be:

…we’re not just talking about money here either – because some other things are more important. 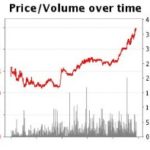 Philosophical out of the way, a little bit about today’s successes!

As you may expect, those previous points certainly come in handy… I started the day off with a quick 5k run and a healthy breakfast outside. A structured start that puts me in a great mood.

This was rewarded shortly after in the first at Chelmsford where Daphinia shot off on a real drift, going from around 1.88 to 2.28 in about 30 seconds. Tension had been building on the favourite for a few minutes leading into the live show… once the second ladder took a flurry of support the scales were tipped (see the chart to the right).

The lay money paid off for someone; Daphinia lost.

If you wasn’t active on Betfair today, the short version being – exchange problems once more.

It’s quite sad to see, given that Betfair has been such a large part of my life for so long. In the past they were quick to exclaim that premium charge hikes were to re-invest within the exchange infrastructure. Recent glitches and problems don’t seem to indicate this though.

Fortunately it was a good day on the whole for me with things working out well, although it could have gone horribly wrong if exchange problems had caught me.

When there are problems like this there are comments asking what to do if the exchange goes down whilst trading?

….sadly, there isn’t a straight answer. If any, it’s be cautious and consider alternatives while there are ongoing problems reported.

7 thoughts on “Finding Greatness? the Secret to Succeeding…”