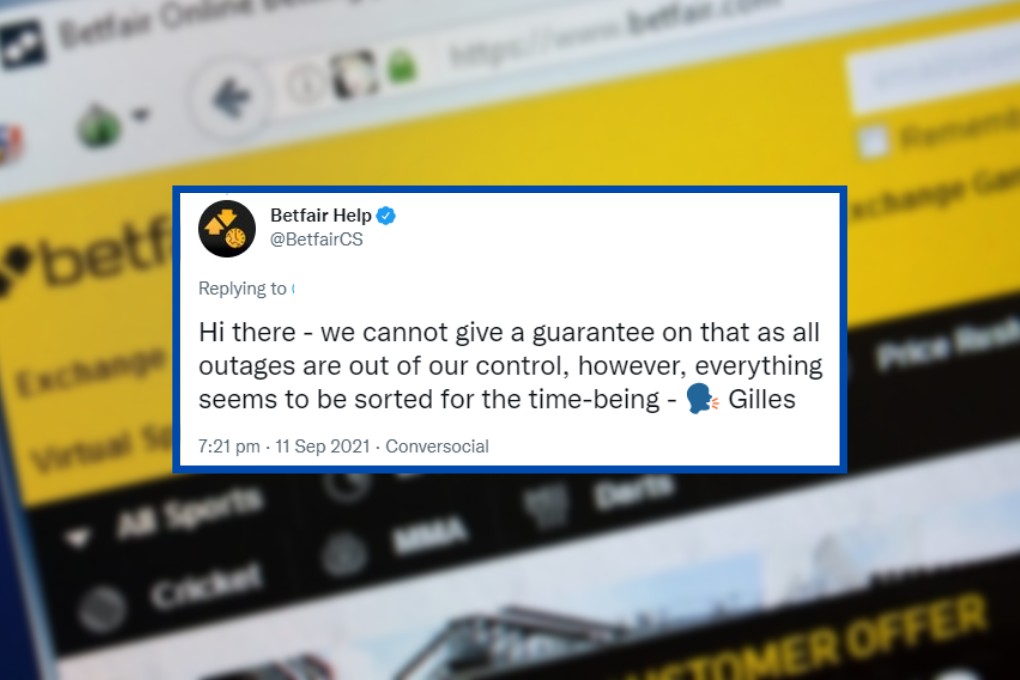 It’s not often that good fortune falls in my favour. Although yesterday was one of those days…

Those trading may have guessed it, but I’m referring to the most recent Betfair outage. Just a few weeks after we heard from Betfair themselves.

When is Bad Luck a Good Thing?

Believing firmly in managing the risks, I have several backups in place for when I’m trading. However, a spare graphics card isn’t one of them. It’s not the kind of problem you’d expect to encounter on a regular basis. Although yesterday, I found myself updating drivers, checking cables and rebooting over and over again. A frustrating experience as one of my screens was intermittently dropping out.

I’m still unsure what the exact problem is, although having completed all of the suggested fault-finding several times over (with random results) I have come to the conclusion that I need to buy some more hardware.

All of this was a complete nightmare to experience on a Saturday afternoon, eventually leaving me little choice but to wrap up early. Little did I know it would be a blessing in disguise.

From the posts and comments I’ve seen on social media, it seemed to be a typical outage, leaving many people involuntarily exposed. I sincerely hope you were not hit too hard, I’ve experienced it in the past and know how it feels. Interestingly, the Betfair Support handle on Twitter was giving users a different answer than usual.

It’s a tricky call to make, although the best solution in these situations is to take a snapshot of your current exposure and then hedge your position via Smarkets or Matchbook if there’s enough liquidity. I wouldn’t recommend Betdaq given previous issues.

There is some risk doing this which should be considered though. In the past, there have been instances where Betfair have settled a market differently, such as Voler La Vedette in 2011.

Either way, however stressful it might be, it’s best to focus on the things you can change or influence in such moments.