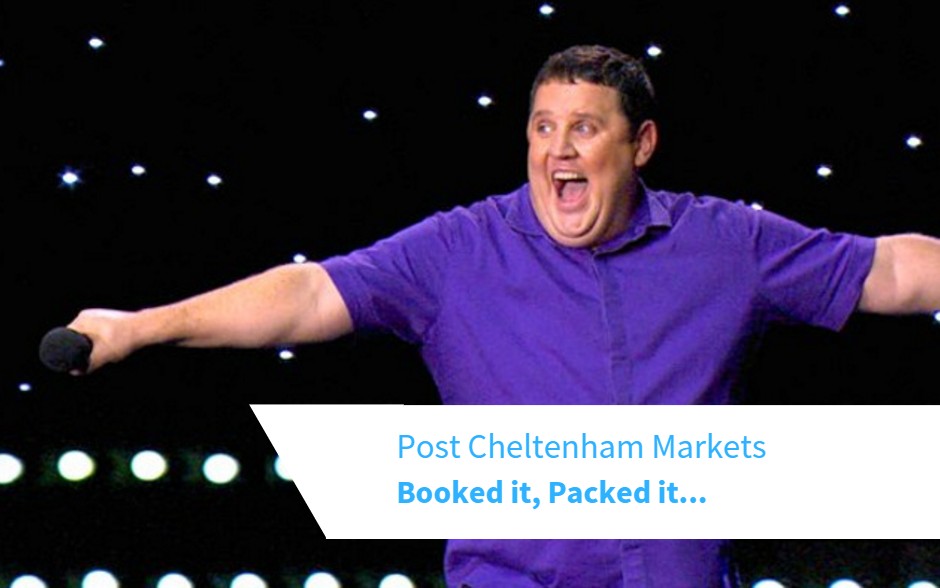 Like a cheap roller-coaster ride, the markets in March are inherently up and down. Before the festival things slow down, then it’s all frills and excitement before a money drought a week or two later.

So what do you do? Nothing really. Take the time to reflect, learn and analyse what happened over Cheltenham maybe. Or just have a little time off…

No different to usual really, last weeks markets were thinly spread. Opportunity existed still, but a bit of a come-down after the festival. Every year the same thing seems to happen though; the massive players that knock the market back and forth continue to flex their muscles while the less experienced get punished. I wrote about it last year, but if you think that’s happening to you it’s best to watch instead.

This week remains much the same. Saturday will of course be a lot more valuable (depending on trading style) …I won’t be trading it though.

The next big events the grand national, until then there wont be much change in market characteristics. Beyond the national things start to get a lot more interesting on the racing calendar…

How to Trade Seasonal Changes

As the racing seasons change, markets will follow suit to one degree or another. One or two small edges will cease to exist until later in the year while new opportunities will be presented.

Being aware of the changes and what to look for is important. Some horses will be back to race after a considerable break and the market will undoubtedly see some large gambles. Knowing what you’re to do about it is the important part. I’m always repeating it but; where there’s change, there’s opportunity. Planning ahead is just one way of giving yourself the best chance of success.

What differences are you likely to see?

Horses running for the first time, others that haven’t been to a track for a considerable period. Some that may have been ‘primed’ for a re-appearance (see handicapping in racing). It won’t be long until evening racing returns, making way for a lot more evening trading. Before I went full-time the flat season would be my favourite time of year because of this. Eliminating the rushing about at work to get home for as much as possible removes a whole load of stress and pressure that quite frankly, you don’t need.

My Week In Focus

This week looks a little bleak though, personally I’m going to take my chance to make the most of it and have a break away. Not all that long since the last one, but the best time to take a break. What I’ve got in store just yet I don’t know, a warmer climate, beer more than likely… and more of that.

Once the tail end of April arrives the racing schedule will be pretty relentless. With that in mind I made a snap decision earlier in the week… hence the title.

Booked it, Packed it… See you next week!

Previous Article: Laying the Draw – Does It Still Work?