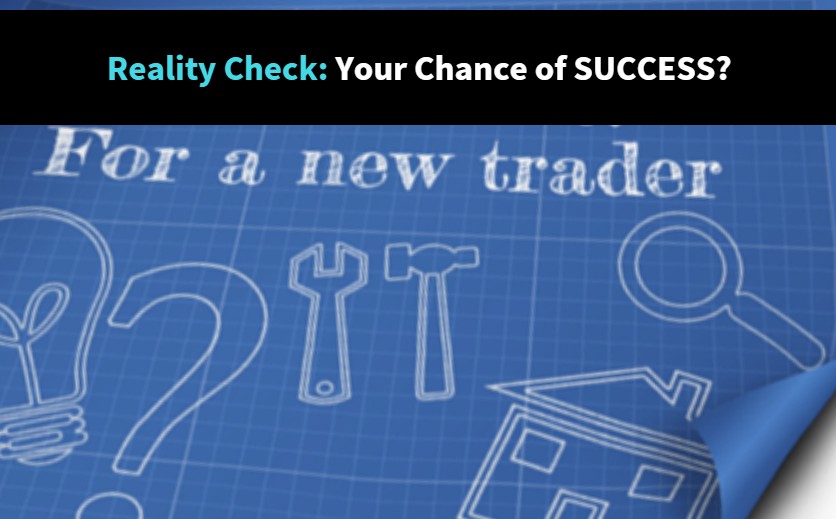 Are you being realistic? Expectations are one of the biggest contributors to impulsive behaviour.

It’s reported that 95% of all betting traders LOSE. But is it as bad as it sounds?

Let’s tackle that scary chunk first. In my view, the 95% line doesn’t necessarily have to apply to you or many other people, if you’re willing to put yourself in the right position.

Think about it logically… 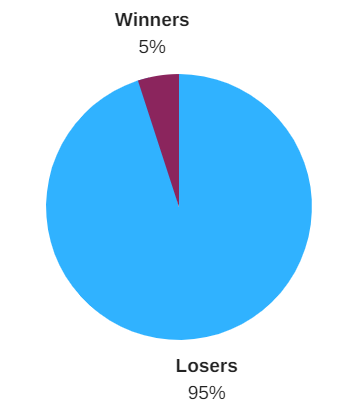 For a start, around 50% of the betting market (at least) is just recreational punters. They’re people who like a bet for a bit of fun.

They don’t really care about value, they don’t care about price, they might think they’re actively trying to win by reading a bit of form or whatever, or reading the latest Racing Post article that tells them to bet on something, but in reality they’re not even competing. They’re not even part of the game.

Already your chances have considerably increased…

Further on from that you’ve got the ‘someday crew’. People who are like “I’ll get round to it”. They’re not dedicated enough, although they may have good ideas – they just aren’t ever going to execute.

Also there’s people that quite frankly, and it is a small percentage, that just won’t ever really have the aptitude to succeed as traders. As unfortunate as that sounds it’s just how it is. Again, I’m being realistic here; it’s life.

If we were to take them partitions, and guesstimate some percentages:

Once you take all of those different segments into consideration, you’ll soon see the competition isn’t that tough. So this is what I’m saying; it’s rarely as bad as it sounds. This is how I’ve always viewed things anyway.

First of all, you’ve got other people like court siders – who will make the effort and go all the way (1%). They’re all-out to get the fastest feed, ahead of everyone. We may as well take them out of the remaining 5% straight away. They’re looking to bet on a sure thing, although it’s difficult in other ways.

Sure, 4% seems like a very small number. The inclination may be to give up before you’ve started.. but that’s what separates the wheat from the chaff.

In my personal opinion, it’s far too easy, and way too many people instantly write off the possibilities…

A little like the image here; it is, I personally believe everybody’s in with a chance. Some will make it, some won’t, that’s just the way things go.

But is it really a reason not to try?

To be part of the 5% you have to behave like them, get dedicated and go the extra mile.

One thought on “Reality Check: Your Chance of SUCCESS?”