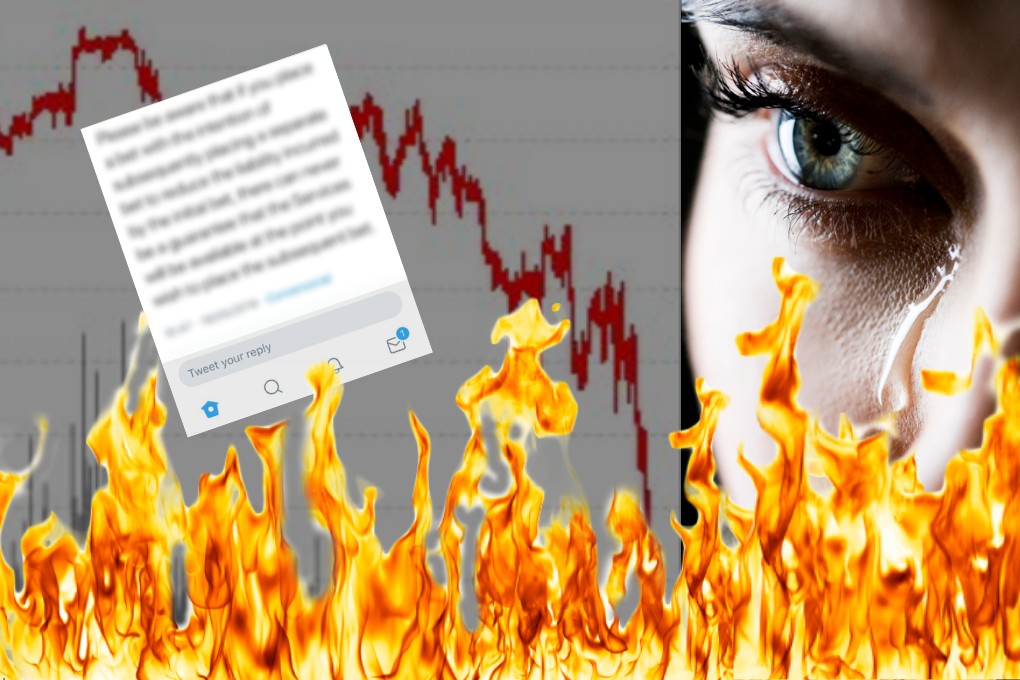 Is it all finally over for exchange users? It wasn’t long ago that several were suggesting it. A fair shout?

Sadly, it’s happened again. But is there deeper reasoning behind exchange failures, lack of growth, incompetent customer support and just a lack of overall feedback.

Some blunt observations from me…

When I first started my foray into the world of Betfair trading, it was a very different place. There were often new blogs sprouting up all over the show. The majority expressed usual frustrations, stories, and the dreaded in-play mistakes but the tone was always upbeat.

People loved Betfair for what they had done.

Revolutionising a rather archaic industry with the use of peer-to-peer betting, centered around innovation and technology. It gave the end-user more opportunities that had never existed before.

They did this by pioneering two different mediums of betting:

The former offered more flexibility to control your position, and at a better price. Whilst the latter was a new beast altogether. They would make their money by charging a small commission on the turnover of bets. For the end-user, this meant Betfair was more superior than any other product on the market.

The best bit being; they welcomed winners with open arms. What a great idea! 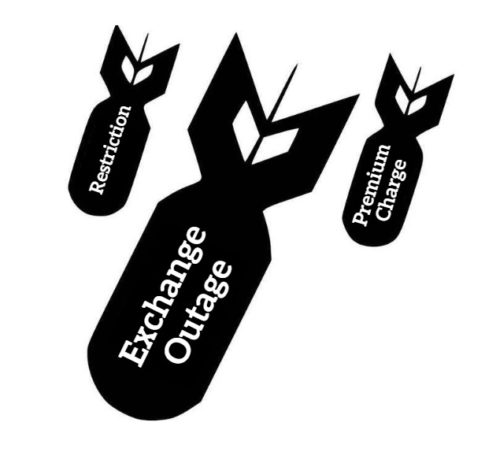 Holly shit, how times have changed.

Fast forward 10 years and the vibrant landscape of Betfarian blogs has vanished. A few hardcore users remain, but most of the blogs have been replaced by a bunch of disgruntled twitter trolls scavenging and bitching between themselves. Sifting through the fall-out of devastating outages, premium bombs, cross-matching algorithms and Sportsbook restrictions.

But can you blame them? have things really changed that much?

When you look at premium charge hikes and cross-matching introductions, it’s hard not to sympathise with them in part. As markets become more efficient and charges rise – there’s less benefit for the end-user. With regular outages on-top it can be fatal for those without a large bankroll…

I’m still yet to see a public statement about why these outages happen or how they plan to combat them in the future. Do they?

Taken from the official Paddy Power Betfair site, there is a list of core values and standards shared.

We take pride in doing what’s right. No exceptions. It’s about putting customers and employees’ best interests at the heart of our decision-making. It’s being hungry for commercial successes but not at the expense of ethics. And holding each other to account.

So, on that note – what’s happening?

What has happened to the exchange we all loved so dearly?

Could it be the Paddy Power gunman wasn’t only after chavs? Were the exchanges the real target?

Buying your problems isn’t a bad strategy if you’ve got deep enough pockets.

In some respects, it would seem that Ladbrokes buying Betdaq and Paddy Power merging with Betfair was just a tactical move – to eradicate their exchange problem. Not meaning to kill it altogether, that would open up the floodgates for others! But to keep it alive in the corner, under-control. 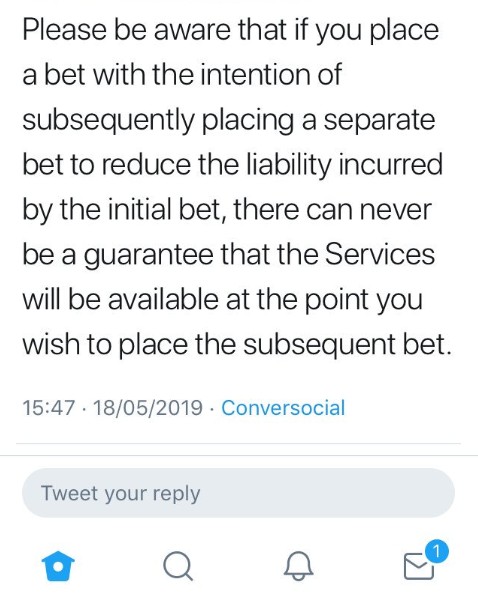 The terms and conditions confirm this customer service response is correct. However, it’s the direct opposite of the foundations that Betfair Exchange was built on in the first place. The clue being in the name – ‘Exchange’.

Any level-headed human being can accept; accidents do happen, there are problems, it’s bound to happen from time-to-time.

But really, this much?

There have been some crazy accusations around the frustration and anger of recent outages, but which ones are fair?

There are probably more, but these are the ones I see regularly, let’s address them individually:

It’s done on purpose, they generate income from the outage.

This is semi-true. Traders lose out when the exchange goes down because they can’t close their positions, meaning you’ll pay more commission if your bet wins… if it loses, whoever’s on the other side pays. But if you were able to close out, there still would have been someone paying that commission on the win or loss – it just wouldn’t have been you. Overall Betfair don’t gain anything when you consider all the bets they didn’t match, and the commission they didn’t get – and of course the reputation damage caused publically on twitter.

Furthermore, they lose out for a few days as regular users are cautious to return. I seriously doubt any claims of it being on purpose.

Betfair doesn’t care, they have a monopoly on exchanges.

This is a bit more difficult to argue on both sides. When Betfair goes down, the whole betting industry now cave’s in. Just look at two other exchanges liquidity below. The only way you’re likely to make any money on those would be with automation scattering hundreds of tiny bets throughout the market…

Do they care? I’m sure many of their employees do. However, they’re not bothered enough to make a public apology or significant changes it would seem.

At this point I want to be fair; SMarkets, Matchbook, and Betdaq aren’t squeaky clean either. They all have additional charges ranging from 10%-60% for winners. As the image above shows, their liquidity is largely false… whilst they focus on other projects like games and Sportsbooks.

Public figures get special deals so don’t speak out.

This one is point-blank crap! There aren’t special deals or incentives to keep schtum. Software vendors are incentivised to get users on their products, they get a % of users commissions, although that’s standard practice, it’s not a special deal. In any instance, this doesn’t help me as I’m not one!

As for not speaking out, well – this post should be enough.

They want people to use the Sportsbook instead.

To be fair – I doubt the exchange and Sportsbook infrastructure have much to do with one another. If one should go down it doesn’t necessarily mean the other will…

However, Exchange promotion and all-around love is rare these days. You’ll even see Sportsbook adverts on their Exchange twitter feed. Although it may not be an aggressive move, I’d assume they prefer punters bet on the Sportsbook.

The big question is; are exchanges going to recover?

It’s an open-ended question, as I don’t really know. The answer probably lies in the Betfair boardroom. Maybe they’ll make a public announcement, maybe they won’t.

In the meantime, there’s still plenty of cash to be made. It’s just sad to see as somebody that has spent so much of their time around the flashing numbers.

Betfair; over to you… 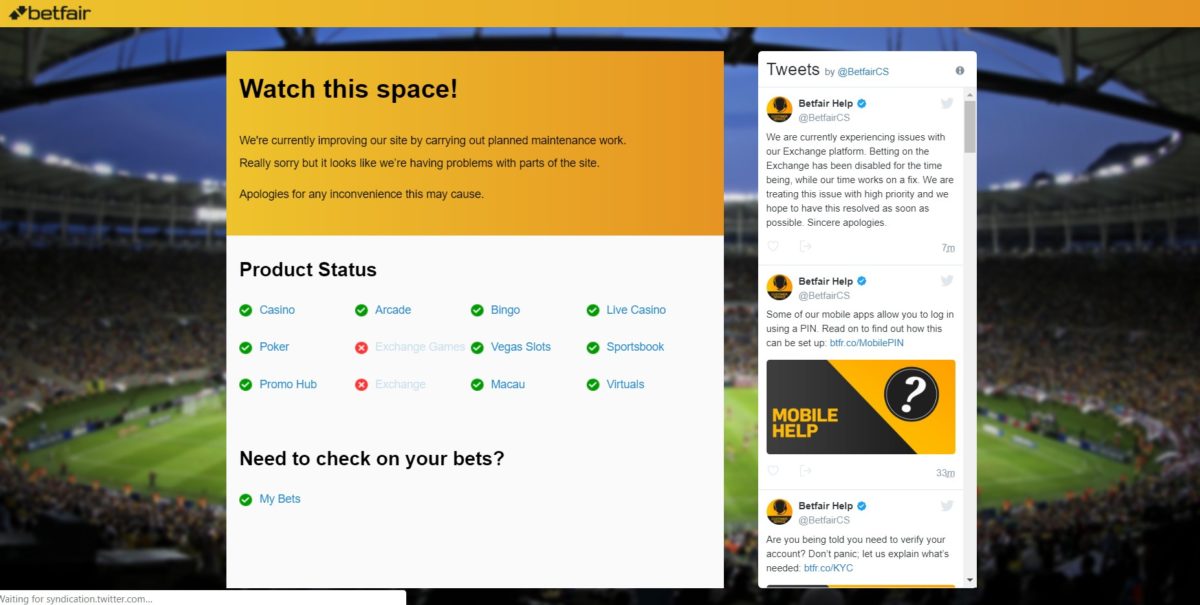